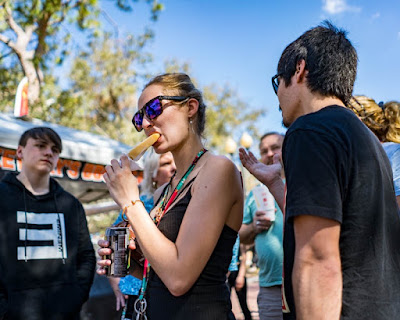 No shit.  You can't make this stuff up.  Every morning I read the news for a chuckle.  Not the stuff about global warming or Trump, of course, but the other news like this.

Not everyone is going to get a kick out of this, I know, but it works for me.


CLEVELAND — Nick Nutter, an All-American heavyweight wrestler at Ohio State turned professional martial arts fighter, sat watching the television last January as one by one, the young women, former gymnasts — some of them Olympians — took the stand in a courtroom in Michigan, and in wrenching testimony, detailed how their team doctor, Lawrence G. Nassar, had used his power to sexually abuse them.


The memories that Mr. Nutter for so long had tried to bury came surging back, he said: how when he was in college, his team doctor groped him “19 exams out of 20”; how the doctor once called him to his house for an emergency treatment of a poison ivy rash, carefully laid down and smoothed out a white linen sheet on his bed, then repeatedly groped his genitals when he was supposed to be treating the rash — and how for two decades, the burly no-holds-barred fighting veteran had said nothing.

Mr. Nutter said he had always believed, “‘He’s a doctor, I’m sure he’s got a reason to be doing it.’”

I sent this to a friend of mine who must remain nameless since I don't wish to drag him into my mess, and he wrote back:

"He did have a reason for doing it. The logic there is impeccable ."

Then there is this.

But after a firestorm of criticism on social media over a white poet’s attempt at black vernacular, as well as a line in which the speaker makes reference to being “crippled,” the magazine said it had made a “serious mistake” in publishing it.

“We are sorry for the pain we have caused to the many communities affected by this poem,” the magazine’s poetry editors, Stephanie Burt and Carmen Giménez Smith, wrote in a statement posted on Twitter last week, which was posted above the poem on the magazine’s website a day later, along with an editor’s note calling the poem’s language “disparaging and ableist.”

I know.  I'm not right.  Maybe we should ban all art that hurts someone's feelings.  Other people's, I mean.  Churches whack me out, but nobody seems to care.

Of course, the N.Y. Times columnists read my blog, and after I posted my thoughts about the new Ideologists, one of them wrote a funnier version that you absolutely need to read (link).  The Times will probably have to publish a retraction tomorrow after all the kale eaters start to whine.  It is the new white people vernacular, whining.  I used to like watching Erin Burnett on CNN.  I felt she was very authoritative.  But now. . . well, she has mastered the new white people vernacular.  You know.  "I'm personally insulted. . . . "

Look at today's picture.  Why are all the men watching her eat the popsicle?  Is the fellow with the hand mansplaining or pleading?  This has to be the way women see the world, men watching, men explaining and/or pleading.

I'm watching "Madmen" with my mother.  We are on season three now.  I was afraid I'd be bored watching it again.  I was wrong.  That show was so well done that I am getting more out of watching it for the third or fourth time than I did before.  It is as well done as "The Great Gatsby."  You can't change a thing without damaging the rest.  I've never seen anything like it, though "The Wire" was another masterpiece work.  Maybe I'll watch that with my mother when we finish "Madmen."

That is how I spend my nights now.  And in the morning, of course, there is always the news.

Tell me my life isn't full.
Posted by cafe selavy at 8:04 AM