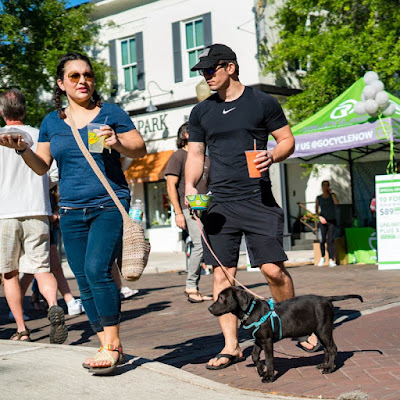 Like many Americans, I think I am suffering from depression.  I just read that Dick Cavett suffered from it and had electroshock therapy just after college.  He said it made a great difference--for the better.  One of my employees had it and it seems to have ruined her, though it may just be that it has not cured the depression.  Another of my employees told me his doctor has recommended it for him.  He says what he is suffering from is bad, very dark and deep.  I believe we all know the root cause of mine.  I lay a lot of it out here every day.  Knowing it, though, doesn't seem to help.

I left work yesterday excited for the weekend.  I was out early and stopped for an Old Fashioned at my favorite upscale bar.  I just wanted one and a chance to think about what I would do with my time.  It is a place that Ili and I frequented, and I thought about that.  Sitting alone at the bar, I didn't feel like Don Draper.  I was too conscious of myself, my movements.  That is a horrible way to be.  I paid up and left to visit my house.  I had some packages on the doorstep and some bills in the basket under the mail slot.  The old house smelled unused.  I sat down in one of the leather chairs not knowing what to do, and as I was thinking, I got a text from an old friend who asked if I wanted to meet him at a good Italian restaurant at seven for a drink.  I wrote back that I couldn't, that I would be at my mother's.  Then I called my mom to see what she wanted for dinner.  She had eaten late in the afternoon, she said, and wasn't really hungry.  We could have some old chicken she had frozen and she could make potato pancakes from the leftover mashed potatoes.  My Friday was going south, it seemed to me, and irritated, I told her to go ahead and have that.  I would get something out before I came home.  That sounded like a good idea.  I would go to the Italian restaurant and eat.  I wrote my buddy that I would be there if he came early, but I did not hear back.

When I got there, the bar was full, so I had to sit at the outside bar facing into the restaurant which meant I didn't have a view of the street.  It was hot.  I couldn't remember what I always ordered and made a mistake.  What I got was not very good, but the bartender was friendly and asked me where my girl was.  Yea, yea. . . .  Nothing was fun, and I was blaming her.  I let myself get mad about it for the first time which makes sense since I have been around my mother and have needed to be pleasant and kind.  But it boiled out of me sitting there at the restaurant eating a meal that we normally would split.

A $15 Old Fashioned and a $50 dinner later, I was back at my mother's house.  She was lying on the couch and not feeling well.  I looked at the whiskey bottle and made a quick decision.

"Do you need anything from Walgreens?" I asked.  I made a quick exit to the liquor store.

I didn't want to get out of bed this morning.  I realize that it is going to take a lot of energy to combat the way I'm feeling now, and I keep wondering how people do it?  How do people struggle through lives that are thousands of times worse than my own, poor people without power or voice, without good food, who live in war-torn countries without the basic elements I take for granted?  How do they go on surrounded by guns and drugs and hideous others?  What do they look forward to?  It is incomprehensible to me even though I come from such stock.  I've looked at my relatives and wondered that my entire life?  Their lives and the lives of their friends and neighbors. . . how do they survive?

But they do while people like Anthony Bourdain take a powder.

It's Saturday morning, and I am sitting in a chair without much will to move.  But move I must.  I can't become catatonic now.  I've got to find something that will make me laugh.  But really, I think, I have to let my emotions do what they are wanting to do right now.  I can't keep everything bottled up.

The future looks bleak, but a wink and a smile might fix that.  A lifting of a skirt, the opening of a kimono.  I am shallow.  Maybe that is how I got here in the first place.