Confession of a Privileged White Male 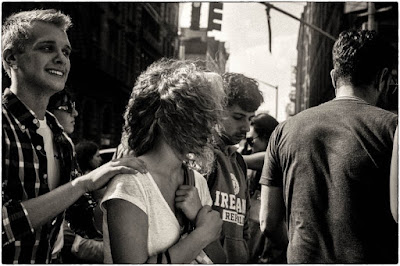 I went to bed fairly happy last night, I thought.  Or so it seemed.  What could happen during the night to bring me to such despair in the morning?  What goes on inside the pumpkin as I lay there in a semi-sleep?  Can I call it "my" mind if I am unable to control it?  I will have to work all morning at putting on the mask so I can go to work.  One mustn't let other's know his troubles.

But there is nothing other people can do for you, and it only puts them in a helpless predicament.  They can't save you.  No one can.

This morning is one of those mornings when I just want to quit because I am overwhelmed by the least thing.  I don't seem to be able to gather the documents and do the calculations I need to for my tax guy.  I have been trying for days.  Why, I ask myself, why can people tell me to do these things?  I can't keep my house clean and now I can't manage to get it ready for the maids.  Every movement hurts me.  My back is a dilapidated mess.  My shoulders are shot.  I injured my right thumb in a scuffle about eight months ago and still can't use it to pick up anything remotely heavy.  I can't see for shit any more and my ears ring constantly since I took the combination of antibiotics I was given by the dumbshit at the emergency room a year ago.

This morning, I thought to just lie down and tell everyone I quit.  I am only going to lie here and nothing more.  As Malone or Malloy or The Unnamable said, I can't go on.  I wish I had never read that trilogy.

But it gets worse.

I wonder if Beckett was ever happy?

Do you ever watch Chris Matthews?  The poor fucker looks scared to death every night now.  Remember how he used to bark?  His tone sounds as if he is constantly apologizing to everyone.  Ari what's-his-name has tied himself to black rappers to make himself less a white male.  He is oh-so hip-hop.  Until every white man has been accused and has had to face his public, there will be no justice.  It is time to rid ourselves of them.

You can't say this shit without sounding like Trump on Fox News or at one of his pep rallies.  This is what Trump has given us.  The muzzle.

My friend, the Liberal Privileged White Male Political Scientist, says that there are always innocent casualties in any revolution.  It is the cost of war.

Maybe it is just the flu shot that has put me off.  Perhaps those dead bugs pulsing through my system have brought me this low.  Or maybe I've just had enough.  Maybe I have had enough and I don't need any more.  I have had more than my share.  I'm sure of that.  Perhaps that's a confession.