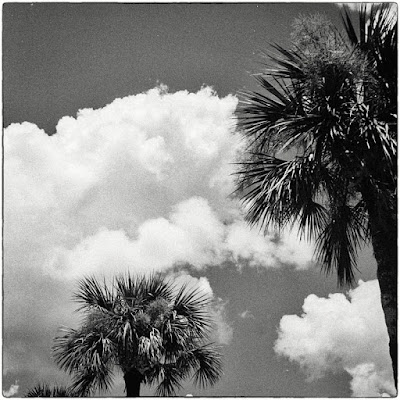 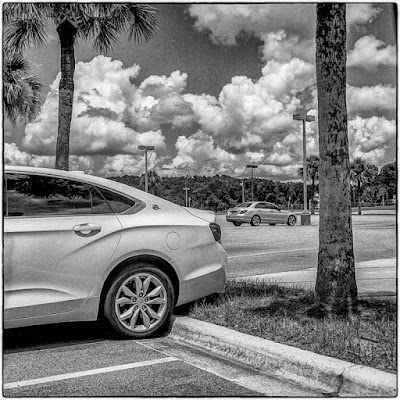 In a flash of brilliance, I called my mother and asked about dinner.  She didn't act as if she was expecting me.  I told her I would go to the grocer's and come make spaghetti.  I was going to stay at my place again, though.  When I got there, she was talking about one of her friends in the neighborhood, a divorced woman in her sixties.  They went to lunch and I'll bet my mother was voicing her concerns about being in the house alone because she said, "Loretta tells me there are groups you can join that do various things like go on trips or go to dinners. . . ."  It made me happy and sad at the same time.  Her friends have all died or are too bad off to go out, suffering from blindness, deafness, Alzheimer's. . . . I don't like to think about it.

After dinner, I was trying (once again) to show my mother how to use the three remotes necessary to go from her regular cable service to the Amazon control so she can watch Netflix, Amazon, etc.  It is simple.  Everyone does it.  You can do it, too.

When I got home, I got a call.  She couldn't get the t.v. to work.  I told her what to do, but in that panicked, exasperated voice of total confusion, she said it didn't work.  I got into my car and went back.  I pushed the two buttons that I told her to push and she looked at me and said, "I did that.  I swear.  That is what I did.  It didn't work."

I have a feeling she will forego the remotes and stick with commercial t.v.

Is that the future?

In between trips to my mother's house, I got into a brouhaha with a neighbor.  He is a professor at the Country Club College.  I have only said hello in passing but never had any formal introduction.  He has two kids and a wife, and they live in the smallest house in the neighborhood, so they like to take their kids out to play in the street.  My neighborhood has very narrow winding roads, and the family are usually in no hurry to get out of the way.  Last night, they had nine kids and a bunch of adults outside at dusk riding bikes and scooters and howling like banshees.  As I came down the street, a woman in the middle of the road with a kid on a scooter didn't move, didn't attempt to, and stood with her back to me in an arrogant fashion.  When she finally moved, the same thing happened further down the street.  When the woman finally looked at me, it was with disdain.

I parked in my driveway and began gathering up the packages I had to take inside, and I could see the prof walking my way.  When I got out of the car holding bags in both hands, he walked into the driveway and began.  He's a big fellow, about six foot six, but he has the soft, un-athletic body of a school marm.  Still, he is half my age and big and he raised himself up to talk to me.  I've sworn off violence, but there is a trigger in me that I can't seem to disarm.  When he came up, I felt the blood rush to my muscles and my eyes go a bit wild.

In the main, in a passive aggressive way, he wanted to tell me he noticed that I tended to run up close to the kids on several occasions.  Three, he said.  Holy shit, holy shit, what an adrenaline dump.  I wanted to drop him.  I still do.  I told him a lot of what I thought, but not all.  I told him I liked kids and that they could play in my yard.  I didn't have a problem with the kids.  It was adults I didn't like.  I told him that I didn't like the way he rolled up on me in his passive/aggressive way, and that I didn't function well with that, that I was either passive or aggressive.  Oh god, how I wanted to drop him where he stood.

But I didn't.  You cannot do that now.  You cannot hit people.  I could probably have shot him and had less trouble in this Stand Your Ground state.  Yes, I'm pretty sure I could.  But hitting people is unforgivable.  So I didn't, and we parted in mutual disgust.

I don't like that smug motherfucker, but what can be done?  I will do the prudent thing and avoid driving on that part of my road again.  That is as big as I can be.  I will just try to avoid more conflict.

'Cause that's the way I am.  I'm a conflict avoider.  I'm a passive, peaceful hippie.

I wasn't going to write that because I know that most of you deal with your anger in other ways.  And I will, too.  From now on, I'll just say, "Get away from me."  That is all I should have said last night.  I should have said, "You're boring me, and I have things I need to do."  How can someone respond to that?  Maybe if I am irritating enough, he will get mad and some switch can flip in him.

So last night I drank too much watching "The Jazz Loft According to W. Eugene Smith" (link), and I ate half a gummy.  I didn't make it through half the documentary.  I was out like somebody else's light.  I've never had a gummy before and didn't gauge it right.  When I woke this morning, I realized I hadn't moved all night.

This morning, too, I realized that was not the documentary I meant to watch.  It is a good one and came with high recommendations from a woman who said she thought of me the entire time she watched it.  But the one I wanted to watch is the one about Garry Winogrand (link).  I don't know why I thought I could watch it, though, especially in my own home.  It hasn't even been released theatrically yet.

I may be unraveling.  It could be awful and colorful.  I'm pulling for the second.

Now. . . for this.  After having bought Leica digital M cameras, three of them now in my possession including the M10, I have fallen in love with the Rolleiflex.  The diptych at the top of the page was made with it.  And yesterday, I finally got around to scanning a roll of film I took with the little Olympus XA4 with the zone focussed macro 28mm lens.  I love the images.  I really love the images.

I am going mad, I think.  I'm looking at the cameras that surround me as I write and think I have a screw loose.  They are truly a warning sign.  What is it that is missing?  What am I searching for?  Why am I not content?

"I think we should schedule you for three visits a week so I can get a baseline, then we can reevaluate.  Maybe it will take a while, but eventually we might be able to cut that back a bit.  Let's start aggressively and try to make some good progress right away."

I guess I'll have to go to NYC if I want to watch the Winogrand doc.  And that sounds like a capital idea.
Posted by cafe selavy at 9:36 AM