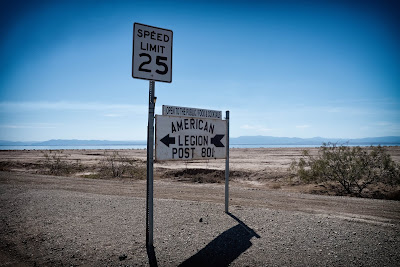 Nope.  Life doesn't change just because you go on a vacation and have time to think about "things."  All you did before and all you must do remain.  I was going to change my life, I swear, but I was so tired after work that instead of changing my life, I came home and opened a bottle of wine.  I went to the garage and worked with the printer which hadn't been run for over a week.  I was going to pump up the tires on my bike, but I was too tired to do that, so I came back into the house and sat down.  I called my mother.  She thinks it is a pity what "they" have done to that poor Kavanaugh.

"What have they done?" I asked.

She's back to watching Fox news.

I decided that I didn't have it in me to go to the grocery store and get the ingredients for one of those "bowls" that were on the menu in the cool Venice restaurant with the twenty-nine year old bartender, so I went to a place that makes poke bowls and ordered a Hawaiian.  I ordered it, but I couldn't pay.  I had to go back home to get the wallet that I took out of my pants pocket after work.

A little later, I sat on my couch with my poke bowl and turned on the news.  I wasn't going to do this any more, but maybe I didn't mention that I was beat after working.  I just didn't have the energy to do something different.  But the news was still saying the same things that the news said when I left for California, so I turned the t.v. over to YouTube where I watched a lot of short videos that matched my worn attention span.  I watched some videos about the upcoming MMA fight between the loudmouthed Irishman and the quiet Muslim.  I am tempted to watch it pay-per-view on Saturday, since it is in NYC.  I mean, maybe I'd be able to stay awake long enough to see the fight.

Some of that, then some camera-porn, but I'd seen most of that, so I scrolled down to music.  YouTube recommended this for me, so I clicked on it.


Oh, fuck man, why'd they have to go and do that.  I was too tired to resist.

After that, I watched a new Mark Knopfler release.  What happens to people.  It is sad.  The next video popped up.  It was Tom Petty singing about my old college town with all the same film images I took when I was in school there, same time as Petty (who used to try to hang out with my roommate and I and wanted to play in our band, but we told him to beat it), so I sent the video to my old college roommate.  As I did that, the next thing popped up.  It was a Tom Petty concert from the same town in 2006.  It was hideous.  He looked EXACTLY like Hillary Clinton.

What happens to people.  It is sad.

What the hell, I thought, as I clicked Paul Simon playing "The Boxer"live from Hyde Park.  I often play that song on my guitar when I am alone and sad and drunk as I was by the time I hit "play" last night.  And when Simon sang, "But the fighter still remains," I was in tears.  It just happened, suddenly and violently.

What the f'ing f?"  Where did that come from?  I was surprised and dismayed.

Lying in bed last night somewhere between midnight and morning, I started thinking, not a good thing to do at that time, but it couldn't be helped, and the past started flickering behind the lids of my eyes, things I never think of, sad things, and I thought about all the people I'd known who didn't know one another and never would yet who were conjoined in my memories, and the intersectionality of life, the way crossroads meet in an individual, and the profound weight of that which one must bear and which grows greater with time began to overwhelm me, and the dam burst again.

Then I thought/dreamt of an old girlfriend who has taken broken things to be her own, and I imagined  her having broken animals for her own, too, birds, one with a single wing and another with one leg.  And then there was one with a broken beak and a blind bird, and the number of birds and the circumstances of their disabilities grew until it was a grotesque manifestation of her inner state. . . .

I got up.  It was not yet five, but I couldn't lie there and take that shit any more.

I dumped some of the camera cards into the computer and began to download, and as the images appeared, I was bitterly disappointed.

Now what I want to do is change my life, but I am thinking I have neither the energy nor the time to do that.  What I really need is a playmate, someone to distract me from whatever weird shit is happening in my head.  But who knows where the playmates are and how far I would have to go and how much time it would take to find one who liked me and who I liked?  And I'm so tired.  Did I mention that?

So the day has come and it is time to slip back into the hideous old comfortable routine.  My friend texted me last night that I should never have given up the studio, and I said that doing so was one of the biggest mistakes of my life.  I wish I had one now, and maybe that is what I should invest my time in, finding a new one.  I have ideas that require a studio space to manage, and a studio is a nice place to go when songs and dreams are too overwhelming.  But right now, I don't have the time.  As I say, the day is calling, the same one that called me yesterday and the same one that will call me tomorrow, and I wonder what will happen when someday soon that day does not beckon any more?  Into what will I be released?  Will I be revealed to myself in the day as I am in the night?  Will the existential void that I've always recognized come to swallow me at last? 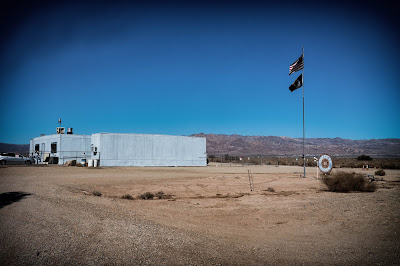