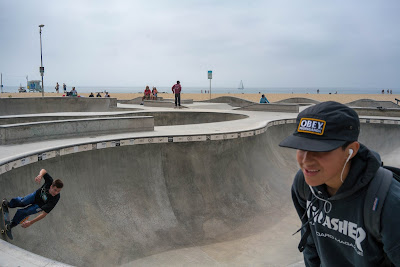 I slept better last night and feel more "myself" this morning.  Maybe I didn't drink as much last night.  I think that might be true.  I went to my mother's house and made her dinner since I hadn't seen her for about ten days or so.  I put on the news, CNN, and she began calling the commentators liars when they talked about Kavanaugh.  Oh, mom.  What can you do?  There are so many truths, and people get to choose the ones they want.  But I have to say, I am tired of hearing CNN talk about what "college educated women" think.  They say that out loud in front of my mother who lived in rural Ohio and graduated high school in 1949.  She had no chance to go to college, but now she is being disempowered because of it.  Sorry, but that sort of rhetoric is not going to get dems elected.  Besides, college ain't what it used to be.  Everybody has an online degree from somewhere now.  The nature of academia has changed radically.  That is why I so much love this story that appeared in the New York Times today (link).

"Something has gone wrong in the university — especially in certain fields within the humanities,” the three authors of the fake papers wrote in an article in the online journal Aero explaining what they had done. “Scholarship based less upon finding truth and more upon attending to social grievances has become firmly established, if not fully dominant, within these fields.”

Here is my favorite part.

In “Human Reactions to Rape Culture and Queer Performativity at Urban Dog Parks in Portland, Ore.,” by “Helen Wilson,” one of their made-up researcher names, the study purported to observe dogs having sex, and how their owners reacted, to draw conclusions about humans’ sexual attitudes.

The paper’s author cautioned: “Because of my own situatedness as a human, rather than as a dog, I recognize my limitations in being able to determine when an incidence of dog humping qualifies as rape.”

My own "situatedness" is that we are all fucked, and I feel that in my circumstance, it qualifies as rape.

But enough of that.  I don't want to have to use the leeches today.

I downloaded all of my photos from the Cali trip, and I have to say I have lost my eye.  I am heartily disappointed in the results.  I haven't had time to work with the images yet, and something might come from nothing, but I wish I hadn't used up all my cell phone pics now. 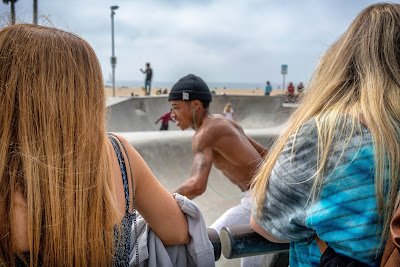 See that kid between the two girls?  That is what I was going to change my life to look like.  That is what I decided while I was out there.  Different diet, no drinking, a vigorous workout schedule.  Here at home now, though, I have different ideas.  I got up this morning and decided to be kind to myself.  My body wanted to be lazy and not work out.  It wanted a sticky bun with coffee.  I decided on the gentle way and yielded without resistance.  I will be a jolly fat man today.

I've taken to asking people if they ever have pc sexual fantasies where all power is shared and everything is equal.  No one, not even the male feminists, has said yes.  That will change, I'm sure, and maybe I'm just asking the wrong people.  I have included college educated females in my query, but I should ask more young, privileged white males.  I think that I might get different results.  Right?  Sex is so wrong, I am deciding to give it up.  Nothing good ever comes from it.  You'll see.  The Japanese started it, but it will spread.  People will decide that it is just too complicated.  At least democrats.  Republicans will continue unabashed and unabated.  But the rest of us who have any sense will give it up for ideological reasons.  Or, maybe, because we eat too many sticky buns and don't exercise enough.  I know what you are thinking.  But my case is truly ideological.  It has just become too dangerous.

I will even give up photography, at least outside the house.  That is dangerous, too.  I will only photograph objects and maybe some Cindy Sherman style self portraits.  Or I will buy some mannequins.  That could be fun.

How did this post take such a weird, cynical turn?  I really am in a good mood, and I am looking forward to some weekend fun.  God knows what goes on inside the mind of even a reasonable man. 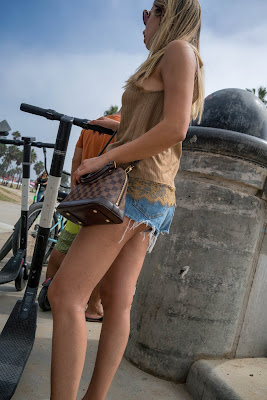