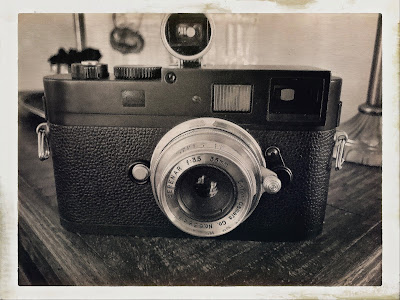 And we did.  We did go to see Ili's family in the parent's condo on the beach, and I met another of her sisters whom I had yet to meet.  It was fine for me.  All I had to do was ride in the car, then sit in the condo with an occasional conversation or a trip to the balcony to look out over the ocean, beach, and sky.  Everyone was nice to me, and nobody threw anything.  We stayed through the morning and early afternoon, and then it was time to go.  Ili wanted to stop for a drink.  Her family, not mine, so I understood.  We went to a place by the bridge on the river half a mile from the ocean, not our kind of place at all, but the kind of place that would have a bottle of wine and some chowder.

I fell asleep on the way home.  I could not keep my eyes open.  My gut was bubbling with old fish stew and my broken side was swollen and throbbing.  But when we got home, there were packages sitting on the front stoop.  There is nothing like getting a delivery.

Still, I was tired and weak and swollen, so before anything, I wanted a scotch.  Ili poured.  I swear she is a dream in so many ways.  And so a drink, then the opening.  All the packages were for me.  I opened the small one first, for I had ordered that, a 1940's or '50s Canon 35mm vintage lens.  It wasn't a vintage lens when they made it, of course, but I have been reading that the rendering on a Leica Monochrom is much better than a modern lens, so I couldn't resist. And man, the lens I got (for a really low price) is perfect.  This lens and camera combo will be my go-to for a long time now.  The images I have already shot please me greatly.  Yes, yes, and there is another to come, a 50mm Nikon that has a great reputation.  I'm in love, I'm in love.

But there was still another package to open, the big one.  And this one was from Ili--five sweaters from J. Crew.  You might be saying, "Really?", but they are the loveliest sweaters you have ever seen.  My favorite is the gray 100% cashmere Mr. Rogers button up cardigan, but they all have a place and a purpose.

After trying them all on, I realized how tired I was (even though the scotch was kicking in, and you know how that can lift you for awhile), so I sat on the couch and began to fall apart.  Which is where I am now, recording these Adventures of Ozzie and Harriet. 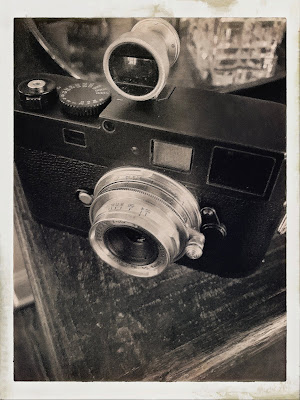 Ili says I look good from behind in those many sweaters, and I will not question what she means.  Rather, and perhaps, you will see some images of me sometime from such quarters.