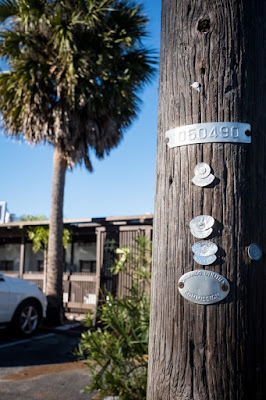 Sure, this blog sucks right now.  I can tell that from the drop in my previously anemic number of visitors.  But remember, I am working my way back.  Shit.  Give a brother a break.

So I watched the last episode ever, probably, of "Ray Donavan" tonight.  Six seasons, I think.  I started watching it from the beginning.  I got hooked.  Ili couldn't stand it, so I had to watch it when she wasn't around.  But tonight, I saw the last episode.  And boy--John Voigt recited the last part of "The Dead," by James Joyce, and I got a shiver.  That is the last book of "The Dubliners," and if you have never read it. . . well, shame on you.  If you want to learn to write, you can start there.  I will go back and re-read it tomorrow.

Tonight, I got shivers.

"What happened?" I asked myself.  "Where did you go wrong?"  I mean, I used to read that stuff all the time.  It informed my life.  Now, too much, I watch something on HBO.  Like "True Detective."  Thank God that stupid series will end next week.  It is hideous.  But I have to finish it.

It is not like "Ray Donovan," an old fashioned piece with really flawed characters you can't not like.  It is wrong for its day, a throwback like John Voigt, but if you have missed him in this, you have missed the best part of t.v. this century.

Or so I reveal.

I try to get better.  I do.  And someday I hope I will take pictures again.  I look at them all the time, and I have ideas.  I think I know what I want to do next.  I just have to learn how to do it.  But for the one, two, or three of you still left, don't run away.  There is a potential for mediocrity again.  I might still give the occasional thrill.

A few light taps upon the pane made him turn to the window. It had begun to snow again. He watched sleepily the flakes, silver and dark, falling obliquely against the lamplight. The time had come for him to set out on his journey westward. Yes, the newspapers were right: snow was general all over Ireland. It was falling on every part of the dark central plain, on the treeless hills, falling softly upon the Bog of Allen and, farther westward, softly falling into the dark mutinous Shannon waves. It was falling, too, upon every part of the lonely churchyard on the hill where Michael Furey lay buried. It lay thickly drifted on the crooked crosses and headstones, on the spears of the little gate, on the barren thorns. His soul swooned slowly as he heard the snow falling faintly through the universe and faintly falling, like the descent of their last end, upon all the living and the dead.
Posted by cafe selavy at 6:59 AM