God in His Heaven 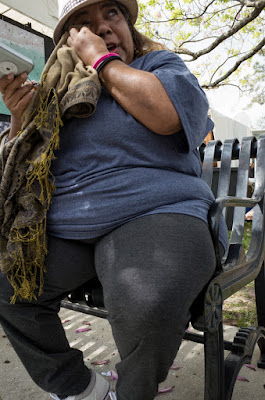 Ili came back from the beach yesterday.  I was at a birthday party on the Boulevard at a bar I would never eat at again since having an undercooked meatball for a snack with my buddy while drinking martinis.  We were both ill for many, many months.  But I could drink the mimosas and then when Ili joined us, mojitos.  We were with a group from the factory, and they all know my history with Carrothead, the comedian.  I didn't see him when I walked in, but apparently I passed him as I came by the bar.  I made a joke to my old college roommate who has had two hips replaced that I always get into shoving matches at bars when I go out and that if anyone gave me any shit today, he would have to deal with them.  Everyone thought I was referring to Carrothead.  I went on about how busted up I was but that I could still throw a right hand, etc.  It finally got through to me that Carrothead was there.  Ha!  My peeps had finally seen the showdown.  He had one of those wheelie carts for his leg.  I don't know what was wrong with him, but there we were, two cripples.

I will have to give the whole Carrothead thing a rest.  Nothing good will come of it.  As the birthday boy said, I've made more enemies in town than friends.  Now it could be time for retribution.

I'd rather stay home with Ili.

Old people are funny.  Older than I am, I mean.  I overheard three of them talking at the Y on Saturday.

"There was a doctor at the hospital blacker than that (he pointed to a black piece of furniture with an astonished look).  And he was a good doctor!"

He must have been in his 80s.  What is one to say.  He was trying to give props.

Last night at dinner, my mother looked at us with astonishment, too, when she said, "They now have a third box you can check for gender.  It is X or something.  Can you believe that?"

She must have seen it on FOX.

CNN is shitting itself after the Attorney General's letter.  Scrambling to keep the investigation alive.  No collusion after two years of, "Oh, we've got him now."  Dems have set themselves up to lose the next election.  Six more years of Trump.  I'm going to invest heavy in the stock market.  It will be interesting to see how the 100 or so Dems running for president react.

I'll keep tending my garden, feeding my birds, watering the herbs.  God is in his heaven, and all is right with the world.
Posted by cafe selavy at 8:34 AM