Only the Wealthy Can Afford To 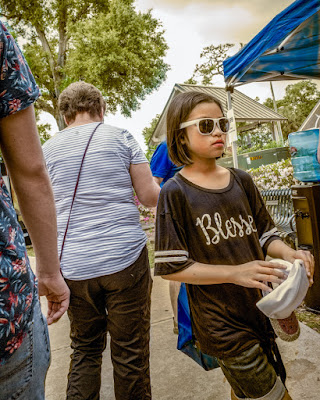 I am a hermit by nature.  I am certain of that.  Ili left Friday for the weekend.  I could do anything I wanted to.  I could fill the house with hookers and blow and take pictures of the shenanigans.  I could have gotten in my car and gone looking for pictures and trouble.  I could have gone to little cafes and coffee shops and. . . .  And what?

In truth, I've had a bad stomach the entire time she has been gone.  You can't trust food any more.  It is corporate and it is toxic.  Every day you can read about a recall of a million pounds of hamburger or chicken strips or spinach or salad or strawberries.  And that is just what gets caught.  People who eat in fast food restaurants expect to be sick.  Most of them don't recognize the source.  They are always gassy and bloated and taking shits that sound like the trombone section of the symphony warming up, but that just seems normal to them.  It is, in part, why they are so mean and sour and why they flame on social media.  They never feel good.

The New York Times published an article about the screen time gap between the rich and the poor.  Once upon a time, it was the rich who could afford screens.  Now, it is the rich who can afford not to have them.  Studies show, they say, that kids who start life with screens have altered brains.  And not for the good.  There is more depression in people who have more screen time.  Only the rich can afford to send their kids to schools that eschew computers in favor of 3D objects which, again studies show, are more valuable for a child's brain development.

And the proof is in the pudding (putting?), i.e. the nation's leading twitter god--Trump.

The article scared me a bit.  Instead of going out into the world of humans, I chose to stay home.  And what did I do?  Well. . . when Ili is here, I don't get to do much photographic development.  I would rather spend my time with her than working in photoshop.  Alone, however, I get curious about how to represent images again.  I have ideas, and they need time to be proven worthwhile or not, lots of hours.  Photoshop has been updated so many times since I lived alone and could work on images into the night that I am awfully unfamiliar with what it will do now.  Many of the shortcuts and commands have changed.

Alone with a crampy bloated belly, I decided to go to school and learn some photoshop again.  I sat on my very comfortable new couch and watched video tutorials.  I drank a beer to calm my belly, then some whiskey, and I took my first nap on the leather wonder.  It was dreamy.  And when I woke up, I tried to watch some more March Madness, but there were more commercials than I could stand, so I went into my computer and decided to try some techniques I had in mind.  The image above is the result of about an hour's work.  Was it worth the hour?  Not in terms of the image I produced, but in terms of what I learned (both to do and not to do), sure.  The picture is a combination of hand coloring and some photoshop tools usage.  The tutorials taught me some things I could do now that I could not do in previous versions of p.s.  If I had more time (which I will not have when Ili returns), I could experiment to perfection.  But the downside would be that I would be spending an hour or more on every photo I showed.  That is a millisecond to a painter, I know, and I wouldn't mind doing it, really.  Maybe when I retire.  Yes, then definitely.

I really should have gone to see my mother and cousin, but I didn't want to have to interact with anyone, so I told them that my belly was bad and that I was simply going to stay home which was the truest of true statements.  The truer statement, however, would have been that I didn't want to be around anyone, that I was enjoying my solitude and monastic ways.  And if my belly hadn't been bad, I would have enjoyed them more.

Bad food and bad screen time have a lot in common.  But you can eat good food if you are careful and can spend a lot of money.  Good food is only for the wealthy, just like good screen time.  The bad thing about fast food and bad screen time is advertising, psychologists, and the shit they put into everything.  Food companies spend a lot of money learning how to make you want to eat.  Colors and flavors and presentation.  Screen time has been taken over by the same folks.  They know what you will get addicted to, and they load your screen with things you haven't asked for.  Looking at this blog, for example, is only bad for you because of the content I put into it.  But there is not advertising, nothing to make you want to eat or drink or continue hitting buttons.  All there is here is a negative example of how to live your life to the fullest.

Speaking of which, I am getting better, I swear.  I work hard to get back to physical fitness and I try to live with as much gusto as I did before.  It is working.  I am almost abnormal once again.

This is what you get with Ili out of town.  But now I must get on to other things.  I have chores to do and a long, long walk.  And this afternoon, I must go to a surprise birthday party on the Boulevard, something I pretty much dread.  But these are people I like, and I must go.

To wit, my monastic life must end.  So long sweet solitude.  Adieu thoughtfullness.  Farewell selfishness.  Selavy.
Posted by cafe selavy at 8:41 AM