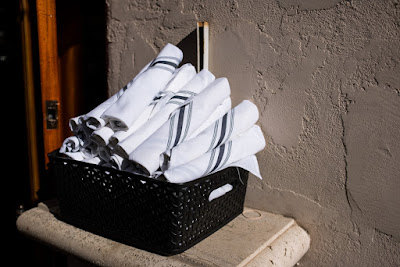 The leather couch is worth every penny I spent on it.  No, it probably isn't, but it is.  Nothing has ever been as comfortable.  Certainly not.  And it is beautiful.  I could have spent thousands less (not including the ottoman), but I wouldn't be as happy.  Nor as broke.

Per usual, however, as soon as I spend exorbitantly on something I want, something I need quits working.  It was true when I bought my first Leica camera.  The next day, the a.c. went out.  That was twelve years ago.  It happened again this weekend.  And it is not just the air conditioner.  There is a natural gas furnace attached to it, so both must be replaced.  The more I think about that, the dumber it seems.  But now it would cost more to separate them.

The new a.c. will cost much more than the couch.

This is the hillbilly curse, I think.  My mother and father would never spend money on a luxury.  Cost was always the first priority.  With all things.  Including my clothing.

And that has made me what I am in many ways.  I've spent everything.  I have no reserves.  Foolish, people say.  I know folks not as old as I who have paid off their homes, who own other properties besides.  They are frugal and practical people.

My ex-friend Brando always spent everything.  He even spent money he didn't have.  Mine and some of my friends' comes to mind.  I've not done that.  But I have never been able to save anything.  I may have said that you never know what will happen in the future.  You could die suddenly.  And then, I almost did.

I have had a great time and what I consider to be an interesting life.  No reservations, as the famous man once said.

And I love the f'ing couch.

But I know someone will tell me now, "Oh, man. . . did you pay retail?  I could have gotten it for you for a very deep discount."

I've heard it before.  Often.  It is part of the hillbilly curse.
Posted by cafe selavy at 12:12 PM