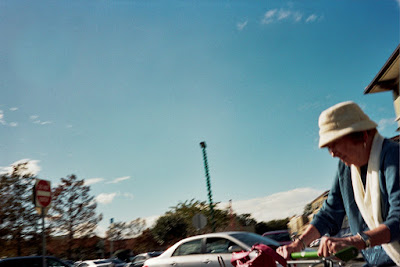 You can't tell people this, but their taste in music is shit.  Almost everyone, including myself.  You have to recognize that the things that you once listened to were shit and move on. .  . probably to more shit, but still, move on.  The fellow across the street has his garage door open as he works.  He is a surgeon who fell out of a tree he was cutting (irony) and broke a lot of bones.  He never practiced again.  He is divorced.  His wife left him a couple years ago, maybe more, and he hasn't had a lot of luck since.  He likes to work on things, especially with tools.  And this morning, I imagine, he is listening to the music that makes him feel good, makes him feel young.

I want to rock and roll all night,
And party every day.

Do you know how many times that line is repeated in a row?  It was, I think, the anthem of his generation, and it would probably make a good soundtrack to the right movie, but dude. . . .

All I have to do is go through my old iTunes library to find out how bad my own tastes are from time to time (to time to time).

But this is my flaw, my curse.  Why can't I get stuck in time, wear boat shorts and boat shoes, sport a mullet and a mustache and listen to Jimmy Buffet?  People do.  Or they get stuck in the CBGB years (and look it) or the last days of disco.  O.K.  I am able to have fun listening to some disco now that it is over.  Couldn't stand it at the time of the big Disco Scare, but now, somehow, it seems funny rather than menacing.

I shouldn't write about music, though.  Q will have a fit.  He likes to argue about music.

I haven't listened to much in a while that isn't on the jazz station.  We have a very good college jazz station here, fortunately.

I heard something the other day.  I wouldn't be writing this if the fellow across the street were listening to it.