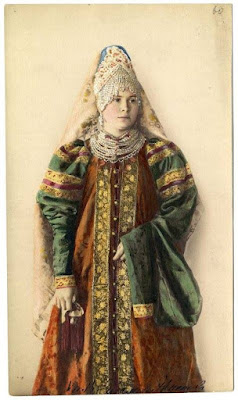 Ah, hell. . . I'm sorry I've been such a bad correspondent, but circumstances have prevented me from being able.  This has been the most incredible week of the year for weather.  If you are here (I know some of you do come this time of year), congratulations.  Nowhere in the country is better than this right now.  Selah.  But I have been hit hard by the flu for the first time in years, and this one is a killer.  Almost.  I was in bed for three days and wobbly on my ass for many more.  I have a cough that will not go away, a terrible, harsh, death cough.  I have managed on occasion to sit and look at the garden, but that is all.

And then the fight began.  Not reporting on that, but it was devastating, too.

And so today, I tried to rally.  I stretched and went to the gym and did some easy exercises and lay by the pool to tan.  I tried to eat, but I have not been hungry and the workout had brought back that lazy sweaty feeling.  I showered and went out to try to finish a roll of Ektachrome so I could send it to the California lab, but I got caught in terrible traffic and spent the day navigating closed streets.  Having taken no photos, I went to the Cafe Strange for a beer.  That was the last place I'd been before the accident.  I have only gone once or twice since.  The day was turning hot and had the feel of a dead, summer day, and I began to dread the coming months.  Then I remembered that this would be the last summer I would ever have to spend here.  I will not be working next year.  And really, I have much vacation time I must use up before the end of the year or lose, so I really needn't spend that much time here this year.

I have had dark thoughts this week.  I've thought much about death and felt it in my bones.  Death is more real for me than it has ever been.  There is nothing to do about it, and that is the fact.  That is what death is.

I am not dead, but I am not as alive as I was.  I never will be again.  I wonder what summers will be like?  I will take small rooms in northern communities, I would guess, Seattle, perhaps, or maybe somewhere in the Northeast, or maybe Paris.  I will find a cafe and a coffee shop and I will find streets I like to walk.  Will I meet people or will I be an odd character you barely wonder at?

I don't know.  I shouldn't write when I feel this way, but I haven't written for awhile and just now I have some time.  My bones hurt.  I can hardly raise my arm.  I will pour some red wine and sit on the deck and watch the birds.  Later, there might be some t.v.
Posted by cafe selavy at 5:12 PM