A Bit of Advice 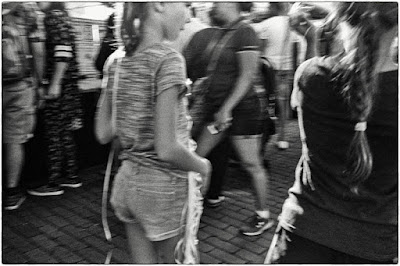 Here's a bit of existential advice.  Everybody uses that word now--existential.  Maybe I should say I have phenomenological advice just to mix it up.  Anyway, as my mother likes to say--Advil PM gels. It has to be the gel tablets.  I used to use Aleve, but the gels are no longer available.  There must be something illegal in them.  I switched to the pellets or whatever they are called, but they did not do the same thing.  Advil gels, though, seem to provide the same effect.  You go out.  You don't move for eight hours.  And you wake up feeling great.  Like all drugs, don't overuse them.  They will lose their potency for you.  But once a week or so, after not sleeping well for a night or two, those little fuckers are like a miracle.

That is the sort of experiences I have now.  Hard to photograph, though.
Posted by cafe selavy at 8:11 AM