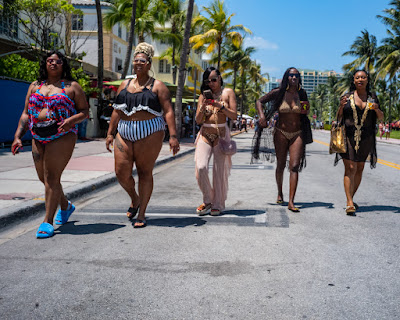 I had my first challenge yesterday in the badass street of my own hometown.  On the Boulevard, nonetheless.  Ili and I were coming home after a long day's work.  We'd stopped and had a small dinner at one of our favorite Italian restaurants and decided to get some gelatto for later.  The Boulevard was deserted at seven o'clock on a Wednesday summer night, and I was able to park right in front of the store.  When Ili got out of the car, a man approached her and started talking real close to her.  He was a muscular little fellow, and as quickly as I could, I made my way around the car and moved between them.  He was talking in a low, mumbly voice, and all I could make out was "I'm homeless."

He didn't look homeless, but those guys are often built like pirates and marauders, so who knows.

I said, "That's awful," and moved to go into the store, but he stepped in front of me and bumped up against my broken ribs.  I saw red, as in the old days, but I was immediately aware that I could not take this fellow.

"What the fuck are you doing?  Get the fuck off me," I said with a crazy eye.  And he did.  I don't think I look all that broken any more though I am not thick as I once was.

It bothered me the rest of the night.  Hell, it is still bothering me.  I would have said, "Hey, motherfucker, touch me again and I'm going to turn out your lights."

I thought about my friends who do not act the way I do (which is almost all of them) and wondered how they would have handled it.  They would have said little and simply moved away.  But what would that teach the dickhead?  I know he has been hit before, but not on the Boulevard, I'm sure.

Whatever.  I have to go to therapy and lift three pound weights now.  I will do it with ferocity, I'm sure.
Posted by cafe selavy at 7:42 AM