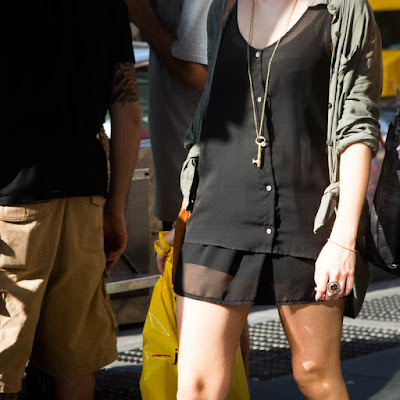 To add insult to injury--ha!--I've had some illness for about six weeks now.  I know it is six weeks because the last time I got beautified, I wore a mask in order to keep my beautician from getting sick.  I go every six weeks, and I go tonight.  Viola!  I've been sick too long.

At this point, it is only a cough.  I shouldn't say "only," for it keeps me awake at night.  Worse, everyone hates me.  "Jesus, dude, you need to go to the doctor," they say as they step back and put up fending hands.

"I don't know," I say.  "It isn't really bad, just a tickle.  I don't have that thick, yellow phlegm, not those slimy little animals with legs."

But it does seem an inordinately long time for this to hang on.

We are not who we think we are, though.  Most of what we think of as "us" is foreign fungus, viruses, and bacteria that live within.  Not a lot.  Most.  Different DNA.  Some of it even exchanges with our own native DNA and changes the lives of the cells within.

I wonder, have these germs taken up house here?

But I will get beautified tonight, nonetheless. It will take hours. Which reminds me. Last night I watched "Generation Wealth," a documentary on Amazon written and directed by Lauren Greenfield (link). It started off well enough, but first slowly, then quickly, it turned maudlin. Greenfield, I have always felt, takes advantage of her subjects, exploits them, really. I am envious, but still, that is how I feel. She shows them little respect. In the end, though, she forgives herself, and every freak in the show does as well, because they have families. I don't argue with people about that because I am in a very small minority who haven't been saved from loneliness and meaninglessness through the power of procreation. How do you argue with the vast majority of humanity? Only at your own peril, that's for sure.

Oh. . . I got lost.  The doc looks at people's obsession with money and looks.  I'm spending my money on my looks tonight.  Let's hope it does something to improve my internal environment, too.
Posted by cafe selavy at 2:49 PM