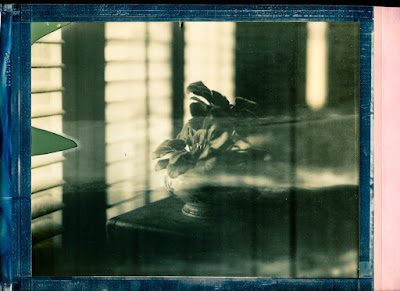 I set up the 8x10 camera and shot some color film.  Sent it off to the lab in California on Monday.  It hasn't arrived.  Lost, I presume.  So I bought a new Polaroid film holder that I found in Poland that will work with my Polaroid processor without the defective tray.  I took out some years old Impossible film and began to try to use it.  After eight tries (I won't tell you how much a sheet right now), I got this.  It is not the processor's fault.  The film has baked in the garage for years.  It has all been good.  I am learning to use the big camera.  I have plans.

I always have plans. 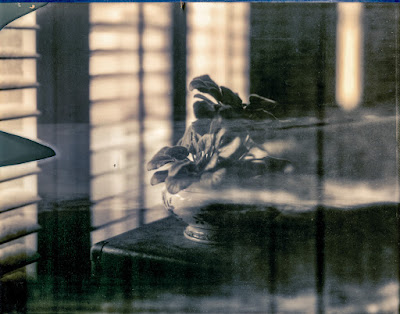