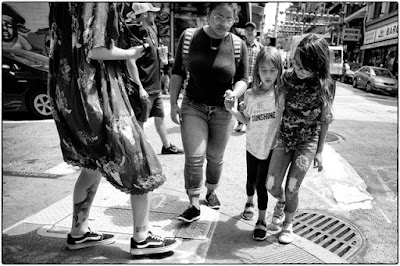 Life is trouble, that is certain, but sometimes it is more so than others.  I had an appointment with a dermatologist today.  A spot on my leg started changing, and it had a "sensation" that was weird.  Ili was all about it and I got worried enough to make an appointment.  But this is America, so I couldn't get in to see the doctor for many weeks.  In those weeks, it turned to melanoma and metastasized and entered my bones and brain.  At least that is how it felt and what I thought.

Turned out to be what he jokingly referred to as a "wisdom" spot.  Nothing to worry about.  I was very relieved.

But that is only one aspect of health, isn't it.  What's going on under my skin, in the nerves and organs and bones?  There is no not worrying, is there?

I read a first person account by a person who felt she had been sexually mistreated by Epstein this morning in the New York Times.  She wasn't mistreated this morning, don't get me wrong.  This happened a long time ago around the turn of the century.  I read her story with belief.  I totally believe everything she said happened happened in some way.  She even reported all of this to the police and to the FBI back then.  There were, however, no apparent consequences.  It ruined her life, she says.  She is still trying to recover.


Recovery, I can tell you, is difficult if not impossible.  Perhaps that is what the process of life is.  And then, one day, you don't.  You are given the final verdict and there is no escape.

My mother has been having bad dreams in which she is dead.  They haunt her waking hours.  We had dinner last night (while I still had cancer), and we talked about the inevitability of death and how unproductive it is to dwell on it.  There is nothing to be done but live as thoroughly as you can.

But I know, sometimes, that we give up on that, and we give in to despair.  It is no fun, especially if we can find some personal guilt to go along with it.

I can't give any advice on this.  I am still trying to shake off the death sentence I had given myself weeks ago.  And there is still the recovering from the very real thing, too.

I don't want to complain, but as I type, I see my hands.  My god, what happened to them.  They have grown so battered and scarred and wrinkled and old.

That is the way it goes with us who are self-aware, I guess.  It never, ever ends.
Posted by cafe selavy at 11:30 AM