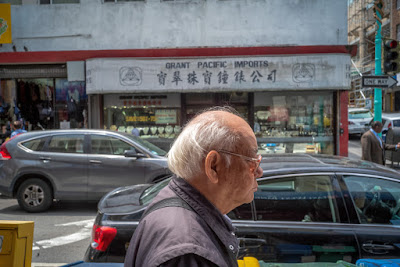 Remember when I was the only one who took photographs?  I liked it better that way.  There are too many photographs now.  William Eggleston said that he was only interested in his photographs.  Was that arrogant?  I think that I know what he means, but I agree with him for a different reason.  There are so many good photographers now, I get overwhelmed with envy.  The best photographers are the ones who have given up everything else.  They get up in the morning and go out and make pictures.  Should I have done that?  Sure.  Of course.  I should have done everything except make a living.  Fear, I mean, is what prevented me from doing that.  Fear is the motivating factor driving a capitalist society.  I didn't have a full time job until I was in my mid-thirties.  I had enough money for three weeks out of every month.  And yet. . . I think I was happier.  Of course, being young had a lot to do with it.

It seems new cameras come out every day.  And I want them.  You can buy the older version at a much reduced price, the very ones you wanted six months before, but they certainly won't do now.  Where does it end?  Oh, yea--desire is the driving force behind a capitalist society.

Either way, it is not very zen.

But then, look at the great zen societies of the world.  They don't have the greatest cameras now, do they?