To Swell the Crowd 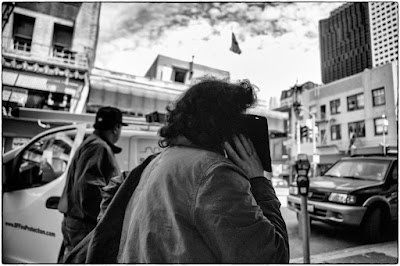 People are strange and are best avoided in larger, intimate crowds.  That is my motto, anyway.  It is difficult enough to get along with one other person.  But put them in a pack. . . that's it!  A pack.  That is what those small, intimate crowds are.  There is a pack mentality and I am a loner.  Sooner or later, I will do or say something that will turn the pack against me.  I prefer being on the outside, but as Hemingway said, a man alone ain't got a bloody chance.  You will end up losing an arm as Harry did in "To Have and to Have Not."  The book, not the movie.

And so the week has ended and I am worn and frayed.  I have survived, but barely, and it has taken all of my considerable talent and energy to do so.

I will barely have time to recharge before Monday.

If I could only learn to swell the crowd like Prufrock.  But that didn't work out so well for him, either.
Posted by cafe selavy at 9:12 AM