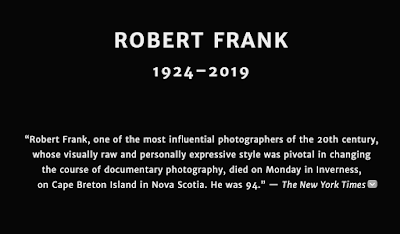 Every photographer knows this by now.  It has been on every site.  Frank had incredible fame for photographing his trips across America in the late 1950s.  After he published "The Americans," however, he pretty much gave up on street photography.  His work, however, changed the way people photographed forever.  He was like Faulkner or Hemingway in that sense.  Everyone became a son, daughter, grandson, or granddaughter.  That is his legacy.

Like all pioneers, others improved what he invented.  You wouldn't want to listen to the original Marconi radio, but we don't remember the names of those who made it better.  Maybe we do.  I'm out of my lane on this one, but you know what I mean. 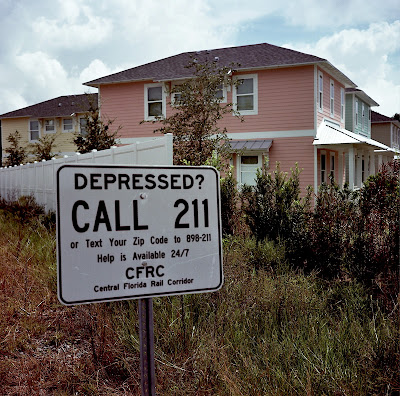 I was walking around town with my Mamiya 6 medium format rangefinder camera the other day.  Shot three rolls of color film.  Nothing good came of it.  But I took this photo out of shock.  This was the sign on the railroad tracks just at a crossing.  It completely disoriented me.  I showed it to Ili thinking she would be confused as well, but she said, "I guess it is for people thinking about jumping in front of the train."  I hadn't thought of that, nor would I ever think of such a thing.  Really?

"I was going to jump in front of the train, but I saw this sign and called 211.  I feel life is worth living now."

I took the camera into the shop yesterday to be adjusted.  I had focussed on the sign, but as you see, it is the house in the distance that is focused.  The rangefinder needs adjusting.

Yesterday I stayed home from work.  It was lovely.  I think I am ready not to work any more.  But today, I will report to the factory and meet some of my obligations.  It is not with dread, exactly, that I go, but the scent of freedom is in the air.  I am like a man held in prison for forty-three years.  Getting out is attractive, but once used to the routine of the life within the prison walls, there is a lot of anxiety, too.

I don't think I'll have any trouble adjusting. 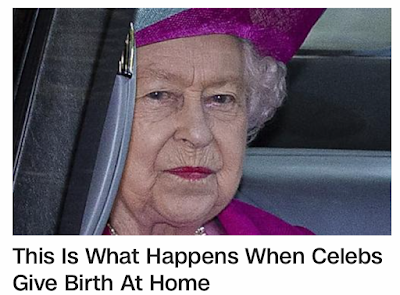 Here are a few screenshots of what I saw in the paper today.  I usually end up sending them to Q.  I don't know many other people who wouldn't find this stuff irritating.  I don't think he does, though.  Not all of them, anyway.

"It is a celebration of the things that bring us joy: sex, art, food, music, spiritual connection, travel, cannabis and community."