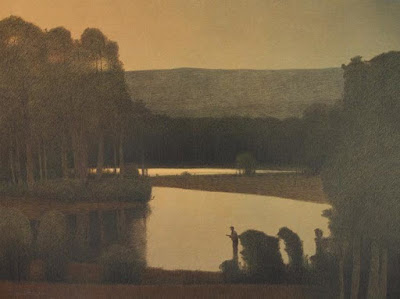 My buddy sent me a text a few minutes ago to tell me that the painter Russell Chatham died a couple days ago.  Shit.  That's what I wrote back.  All the old Fun Hogs are dying.  It pisses me off, of course.  As Bukowski said, though, "Shit and death are everywhere."

I've been thinking about the male model I, and most of my friends, grew up admiring.  They were fellows who couldn't take the old 9 to 5, who weren't afraid to fight but who usually lost, who took to the highway in one form or another, anti-heroes pure and simple, or, as one long-ago article called them, "Tender Hearted Men: Lonesome, Sad, and Blue."  They were laconic men.  They had a fatal lust for life.  And often. . . they were morbid.

They were looking for a woman to understand and save them.  But in the meantime. . . .

I could make a reading list here, but just pick something from the 60's or '70s and you'll land on something.

I met Chatham in Key West long ago.  I have written about it here before.  He was with Thomas McGuane and Jim Harrison at the time.  The story is an old one, and of the four of us, only I would remember.  But for me, "man, it was way cool."

I hate that he has died.

I was thinking about Anthony Bourdain tonight as I made my meager dinner.  He wasn't the greatest, but I miss him, too.  Lately, I've wondered about such things as the old Lust for Life seems to fade.

I've bid on a lithograph of the image above.  I'll know in about three hours if my bid wins.  I bought two other of his lithographs tonight as well.  I have been drinking, of course, and the friend who texted me has bought a number of prints as well.

I have always been a fan of artists and gourmands.  Chatham was both.

The clock keeps ticking.
Posted by cafe selavy at 6:08 AM