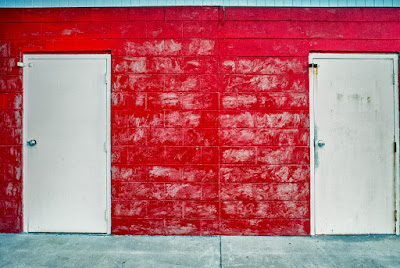 Sometimes all I want in life is me, some whiskey, god, and my own thoughts and infirmities.  Often.  Too much, maybe.

I don't seem to get that very often any more.

Throw in some words and images, and the thing is complete.

You know I'm not religious, but that has little to do with it.  I mean, hell, if I'm an Existentialist and a Buddhist. . . .

But that is making too wild a claim.

Today I had lunch with a fellow I hired to work at the factory part-time.  He is a heck of a guy, eighty-something years old, but he has the "go" factor.  He doesn't need to work, especially for the pittance he gets from my corporation.  He had his own company that sold his machines internationally.  He made a lot of money.

But that isn't the interesting part.  Well, it is, but that is not what I want to highlight here.

He took me to lunch today in his Porsche.  He still rides his motorcycle to Maine and back every summer.  He has prostate cancer that is off the PSA chart and onto some special kind of measurement, but he expects to live to one hundred and hopes for one-twenty.  So he told me today.  He was raised from childhood in a monastery.  He was taught by the monks.  And when he was of an age, he decided to enter the priesthood and become a monk himself.  On the day that he was to "go to the altar," so to speak, he decided against it.  A few years later he married and had four children who all went to Ivy League schools.  He is still a supporter of the monastery and visits often.

We talked a little about belief today.  I told him that I had watched a 60 Minutes show in the '70s about monks and a monastery.  The monks they interviewed looked like movie stars, I said.  The were self-assured and never blinked, and they answered questions without a hesitation or a stutter.  When asked if they had ever had any direct evidence of the existence of God, they each and every one answered "No."  When asked if they had ever questioned their belief, each said, "Yes."  When asked if they ever felt they had squandered their life, they all answered, "No."  What better life could they have had, they said.  Here they were surrounded by wonderful friends.  Brother so-and-so was entering the last stages of his life, they said, and he could not be surrounded by more loving or caring people.  No, they did not question their choice.

Shit.  I was in, I said.  I had forever after thought that I would like to be a monk.

"Certitude," he said.  "That is what you saw.  They are certain that they will go to heaven."

I wasn't sure about that answer.  I brought up Sister Theresa who I never enjoyed until years after her death it was revealed in her letters that she was full of doubt and almost without faith that God existed.  Still, she went on.  I was an instant fan.

"You know," I said, "I don't have religious faith, but as an Existential proponent, I do believe, in a world without a moral guidebook, moral decisions are both difficult and of utmost priority.  One must live a moral life and make moral decisions on his or her own."

"Yes," he agreed.  "But you see, even science is uncertain.  It is based on hypothesis, and every year or fifty years, a scientific truth is proved to be wrong."

"Sure," I said.  "That's the beauty of it.  In science, if you can prove a theory wrong, you are a hero.  In religion, you are branded a heretic."

Now, if you think I have told you this only to show how clever I am, you are right, and pride is not a virtue even in my constellation.  But I think it is an important point.  There is much that is disconcerting about moral dogma and certitude.  For it all, however, I am attracted to the life of the monk, the quietude and contemplation.

Not enough, however.  I have never abandoned the world, so to speak.  It still provides me thrills.

I sent a quote to a few of my friends last night.  "It’s a sad fact that life by and large would be endurable, as Sir George Cornewall Lewis once said, were it not for all the pleasure we have to endure."

I've endured plenty, but still, sometimes, after some calamity or expected tragedy, I wish I had done something else, maybe living in the woods but perhaps more so living a quiet solitude in a group of devout but uncertain devotees.

To live and to expire without a trace.
Posted by cafe selavy at 7:43 AM