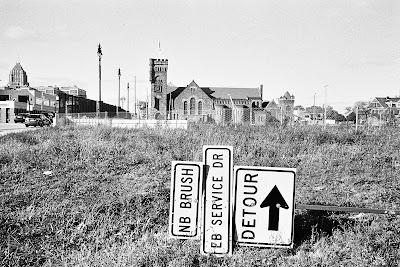 Jesus.  I say that a lot now.  Why is that?  Why am I trading upon that image?

Tonight an attorney explained to me how hard it was to be an attorney.  I was told that I was not up to the stress of that because I was lazy.  There are no lazy attorneys? I asked.  But I did not write my dissertation, so I can only carry that argument so far.  I'm O.K., but ultimately, I'm a failure.

Life threw me a curveball, but you either overcome that or you don't.  I didn't.

And I thought I was at the stage of life where I wouldn't need to worry about that any more.

All failures will come back to haunt you.  The successes?  I don't know.  Are they ever greater than the failures?

Whatever the answer, it is nothing that you can ever tell the kids.  You can, but it won't make any difference.

I should say that I did not complete the dissertation.  I did write some of it.

The fact that I am lazy doesn't help my argument, though.

I want to say things to the attorney, but what can you say?  It is all supposition and opinion.  Maybe I could tell her that.

Ili and I watched "The Irishman."  All I could think of was Trump.  They were all playing Trump.  I don't have much else to say about the movie but that the criticism of the digital recreations that made the younger versions of the actors was a failure.  They still looked and moved like they were ninety.  But it is necessary to watch it.  As they say, "You must."  Not in one sitting, of course.  But you will hardly be able to go to dinner with friends if you don't.

Who, however, goes to dinner with friends any more?