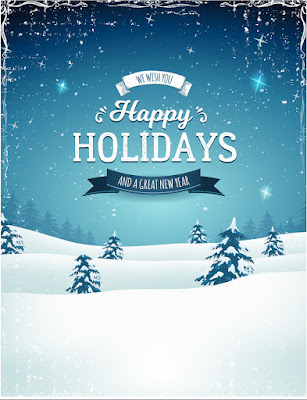 Today I will begin to celebrate "The Holiday Season."  I know I'm late, but it is better than missing it altogether.  Half a mile away on the Boulevard of my own little hometown, the Christmas Parade is cueing up.  Queuing?  And do they still call it "The Christmas Parade"?  I know that Santa is the last float, so surely. . . . But you never know about such things anymore.  The old world is being replaced rapidly.  Beer sales are down.  Hard cider sales are taking their place.  For the first time in American history, the name Mohamed is in the top ten baby names.  Could be why alcohol sales are slumping.

Now, I should quit that.

Ili and I wandered through the lighting of the Boulevard last night in one of the city's first Christmas celebrations.  We were in search of a bar where they used to serve delicious Sazeracs.  We searched only to find that the bar was gone.  Oy.  But we were "among the throng" so to speak, a crowd that did not seem to include many locals as our little town has become a sort of Disney-lite for those with Google Maps.  This used to be a cool town.  When you walked down the Boulevard, you knew almost everyone.  You saw your friends.  If you didn't, you'd ask, "Where's Joe?"  But now it is as if the cruise ship recently docked.  They wouldn't feel comfortable if they weren't a herd, of course.  But they trampled the town and now I can't even find a Sazerac bar.

We bought a bottle of expensive scotch and came home to watch the new season of "Mrs. Maisel."  I feared it would not be as good as the last two seasons, but it really starts off well.  And now we will begin watching the holiday classics.  You know, "Bad Santa," etc.

Ili gave me an early gift last night.  When I came home from the factory, there was a brand new gas grill on the deck.  We haven't been able to get one because we don't have a truck, but her sister came to visit her yesterday, and she came in a pickup, so Ili had a great idea.  It is a great grill.  Last night I fixed steak and asparagus and little potatoes on it while we listened to Pandora's "Hipster Holidays."

We both have headaches this morning.  That's how we know the holidays have arrived.  I imagine the remaining two weeks will be a series of them.  Sophistication has a price.