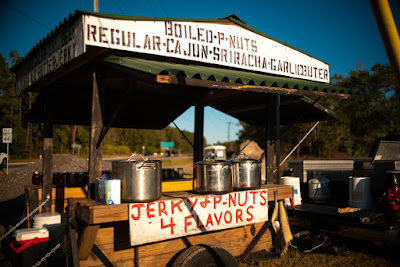 Jesus, it's December 1st!  Suddenly Christmas is upon us.  Some of us.  I don't want to disrespect those who don't celebrate that holiday.  I guess it is suddenly upon me and my ilk.  How many Christmas movies will I watch?  How many Hipster Christmas songs will I hear?  I have made Ili wait to do any Christmas things.  Now, of course, I must pay.


With Ili out of town, I did go back to the countryside to make some photos.  One never sees the same things second time 'round, though, as I think I predicted.  But it was a beautiful day, and I drove around trying to get lost only to find myself on the same roads again and again.  There are not so many ways to get lost in the country, I guess.  There just aren't that many roads.


I didn't take many photographs, so I shouldn't use them all up in one post, but also took these photos on my 2.25x2.25 Mamiya 6 film camera, so there is a good chance you will see them again, and that is almost like getting two-for-one, so I'll go ahead and use them all and set the mood.  You can see what I've been saying about the air and the light and the sky here lately.  It has just been magnificent. You can also tell by the light and the shadows that I was shooting these late in the afternoon.  I thought I was brave going down backroads that seemed spooky to an old hippie city boy, parking the car and getting out in flip-flops to walk through the briars and the bramble (neither of which were there, but I don't know what to call the thick, heavy southern vegetation I was walking through) trying to avoid getting bitten by a rattlesnake (of which there are plenty).  Mostly, though, I was afraid of the meth head cracker boys who might be riding around in their pickup trucks looking for some fun.  I've had that experience before. 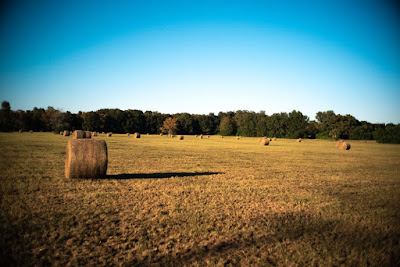 This is the new life, I hope, driving around the country making pictures, talking to people and telling stories.  Yesterday I realized how much room for improvement I have.  Like almost all.  It is a thing that must be done and practiced, not thought or talked about in offices and living rooms.  First thing is that you must get out.  Second thing is that you must stop the car.  The third thing is that you must hear and see.  After that, you begin to think about the art of telling.


I only spoke to one fellow in my travels yesterday.  Again, I thought I was brave when I got out and asked the p-nut guy if I could photograph his cart.  He looked at me as if I had two heads, of course, but he said, "Sure."  I said a few more things like, "The light is great," to which he did not respond.  I'll need to brush up on my redneck a lot, and my cracker, too.  It is not just the words, of course, but the way one moves, the expressions on the face, and the vocal tones and inflections.  I looked and sounded like what I was.

But it was fine and it was fun.  I need to get out there quickly, though, for they are putting major highways through, tearing up what was lovely and beautiful in the name of progress.  There is no stopping it.  That is the one thing I have learned certainly in my life.  There is once in a blue moon a chance to slow it down, but you can never stop it.  The Greedheads will always win, always have their way.  I have friends who bought a huge ranch with a beautiful spring on it because it was close to where they are putting the highway.  Cha--$$$$--Ching.  They will wait, but eventually. . . . They aren't conservationists. But I will be a city photographer, too, and a suburban one.  I don't have much time, as I said, to make some Christmas photos.  That is a whole thing in itself.  Santas and elves and pretty maids all in a row.  You know?  Who knows.  Maybe it won't happen at all.  Maybe I'm just talking about it sitting in a living room.