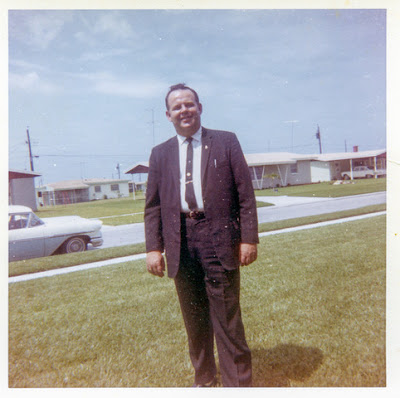 Norman was in WWII.  He flew in bombing planes and was shot down over Germany.  He was captured and was held as a POW for a year.  One day while being marched from one camp to the next, he squatted by the side of the road to poop and stayed there in the high grass until everyone had passed.  He and a few others escaped.  They made their way to a farmhouse and were helped by the people there to get back to the Americans.  That is as much as I know about it.

He married my mother's sister.  It was his second marriage.  And it was his last.  Uncle Norman was a  swell fellow and a funny guy.  He loved to cook, and he never slept in the dark after his escape, but he didn't talk about it, either.  He brought the family to Florida after my family settled and never left.  He saw no advantage to the middle of the state, though, and moved to the coast.  He moved around the state, but he never left the coast again. 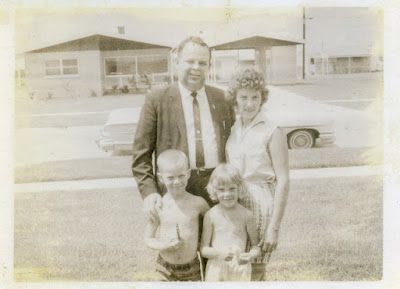 It seems that every other weekend of part of my childhood we went to his house and stayed over.  And we fished.  Oh, boy, that's what we did.  We fished.  And we went shelling on the beaches.  And ate and played Canasta.  My aunt used to have boxes full of shells, only perfect ones, and sharks teeth.  Thousands.  You can't find them so easily any more, but when I was a kid, they littered the beach.  Pat was crazy for shelling.

Eventually she got a metal detector.  She was one of those people you used to see on the beach swinging the detector arm back and forth.  It was early in the game, and she found hundreds of rings and earrings and coins.

It was something to do.

I'll have a hundred more stories to tell about Pat and Norman.  They were always great.  And though Norman didn't look like a war hero, he went through the shit and never complained about it.  He just enjoyed life as much as he could in the simplest and most profound ways.