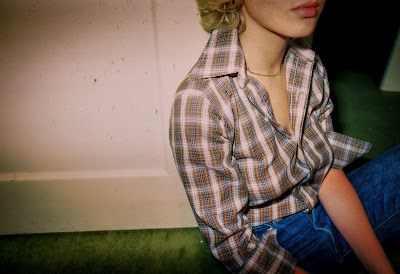 "I remember my grandfather telling me how each of us must live with a full measure of loneliness that is inescapable, and we must not destroy ourselves with our passion to escape the aloneness." - Jim Harrison

That's a quote sent to me by Q.  It resonates.

I have a lot of confused things to write here tonight.  Don't know how to order them.  Let's see.  I got up this morning after bad dreams/thoughts all night.  Fear.  That dominates my emotions now.  But I did the usual, made the coffee, read CNN, got a second cup, then NYT, and then the blogs I read.  Then I wrote.  Emptiness and fear and the hollow feeling of many cups of coffee without food driving me, I got dressed to go to the gym.  On my way to take the garbage out, I saw my neighbor walking back from behind the apartment.

He pointed to the trees and the roofline where approximately twenty buzzards were perched.  Big, ugly motherfuckers.  WTF?  There was a dead possum behind the garage, he said.  Well, now.  It was smelly.

"I guess I'll let these fellows get rid of it."

"How are you doing?" he asked.

"Bad.  Ili moved out this weekend."

He has been in a steady relationship for a long time now.

When I got back from the gym, the tenant called.

"There's something dead behind the garage.  There are buzzards everywhere.  It looks like a monkey."

"Well, it sure as hell ain't a monkey.  You'd better call the police."

"You don't want to get involved in this.  You know it's not a monkey."

While we were talking, she texted me a picture of it.

"It's definitely not a monkey.  Call the police."

I let this go on for a bit before I told her it was a possum.

"Why didn't you say so in the first place?"

"I don't know.  Something wrong with me, I guess."

After a shower, I went to the factory.  I opened up my email while my secretary was in my office.

She turned chalk white.  It was for me.

"I don't want you to leave," she said.  We are very close and have been through a lot including the death of her new husband and my accident.  But more than that, we are very close.

She left the room and began to really ball.  I had to go to see a buddy for a lunch date and left.  But I was still emotional.  When I got to the car, I thought I might break down during lunch.  My buddy works in the Middle East and he wanted to have lunch on Sunday, but I told him I couldn't be good company.  I had a Xanax and decided to take it.  Fuck me, I thought.

When I got to the restaurant, he was already there.  I love K.K.  I helped his career a bit, and we have become true good friends.  K.K. is gay, and he tells his friends that I am "a friend of the gays."

"I tell him things I don't tell you guys," he says.  And it's true.  He went to school to be a priest, and he came to see me after the accident often.  He is someone I would have at my bedside when knocking on heaven's door.

I slid into the booth at the tiny restaurant where we used to go often when we worked together.  He wanted to talk about my imminent departure from work and about Ili's departure.  But I couldn't.  My eyes swelled and teared.

"Fuck that.  Just tell me about what is going on with you."

We spent two hours talking.  He wants me to visit him in Thailand where he is living now for a couple weeks.

Back at the office, I began to clear out more stuff.  People dropped by to express sadness.  And truly, it is almost more than I can bear.  K.K. said to be positive about it, to think about the love I have generated and how much I will be missed.

My chest swells as do my eyes.

I called the Social Security office to try to get my retirement shit fixed.  I got a very friendly man and he was very helpful.  Seems I will be o.k.

At home after work, I put down my groceries, poured a scotch, and called my mother.  We talked about things, and I started to break down.  Tears, sobbing, but I tried to keep her from hearing.  I told her I had to go, and then the faucet began  But just then, my neighbor walked up, and I had to turn it off.  We talked about the cats, and then he was gone.

I cooked a simple but incredibly good dinner while watching the news.

Another scotch. And now you are all caught up.

Except. . . I wanted to thank some people who have been reading the blog for many, many years.  I can't comment on my own blog or on others for some Google reason I cannot understand.  I have tried going into my account and looking at settings, but I can not figure it out.

Anita sent this link tonight, saying she sent it seven years ago to the day.  It fits (link).  Some of you have been coming here for an eternity.  Soon, I will open up all of the old posts from the past.  Don't know if anyone will go back and read them, but they will be available.

As Ricky Gervais said at the Golden Globes, "I just don't care any more."

Oh. . . I almost forgot.  The photo is of a girl I went to school with in 1978.  I was doing grad work.  She was an undergraduate.  She is sitting on the floor of my apartment.  I think this might have been done for the photography class I was taking.  I will tell fascinating stories about her and her family soon.
Posted by cafe selavy at 9:13 AM