To Sleep and Not to Dream 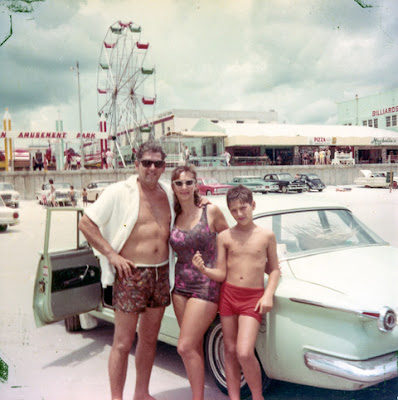 I didn't go to the factory today.  I went to the gym, had a brief soup lunch, and then went to get beautified.  Getting beautified takes a long time, and I usually get sleepy.  Indeed, I usually fall asleep on the beautician's couch in my foils while she colors somebody else's hair.  After that, I am not worth much.  But today, after the gym and only soup, I decided to have a scotch for company on the drive.  She gave me a glass of wine when I got there.  Boy was I sleepy.  She talked of her troubles and I talked of mine.  Everybody's got troubles sooner or later, that's for sure.

After the beauty treatment, I went to the grocery store where I ran into the fellow who will replace me at the factory.  I see him out at one of two places: the grocery store or the liquor store.  We chatted for about half an hour about how poor I will be and how much better off he will be and about my decline in general.  He knows about most things I'm going through.  It is nice to have an ear.

Then it was home to feed Feral the Cat and to pour a pick me up.  It will be difficult not to become an alcoholic when I am no longer working.

I made an easy but healthy dinner and settled in for a night of watching the news, some YouTube, etc.  But as things seem to turn, I got a call from my buddy in Yosemite just as I did from one of my old friends the night before.  These are two of my closest friends, and how I wish they lived here now.  But the conversations with them were as they have always been, light and extremely witty, and they made me feel better than I felt before.  That, I guess, is what friends are for.  In my coming retirement, I will go to see each of them just as I have almost decided to go and see my friend in Thailand.  All my friends agree.  Exotic travel would be best for curing my state of mind.  Indeed, I suspect they are right.

Today's picture is a bit of exotica.  Look, these photos are akin to a confession.  Don't even ask.  It was a long time ago.  You wouldn't understand.

The Valiant was my aunt and uncle's car.  I remember it had push buttons on the dash for shifting gears and that the ignition was under the gas pedal.  You turned the key on and then pressed the accelerator down and it would start.  Weird car.  But a lot of things were strange.  My aunt smoked Raleigh cigarettes because they gave coupons.  The more she smoked, the more she earned.  I remember going through the coupon magazines with her.  After many cartons of cigarettes, she would get a lamp or some other household product.  She lived a fairly long life, though, and she didn't get lung cancer, so. . . .

I'll go to the factory tomorrow and listen to my secretary cry some more.  My replacement told me she cries every day.  She may be the only person crying for me in the world today.  I don't know if we will stay in touch.  I'm no good at that, but with her, I might.  More likely than most.

I wish I had a poem or something in me tonight, but I don't.  Ili comes tomorrow while I'm at work to get the rest of her things.  We don't talk, just text.  After tomorrow, I believe, we won't need to do that unless something comes up.  I'm thinking of taking a road trip south for a few days to spend some dollars.  Palm Beach.  Miami.  I've been thinking of making some videos for my YouTube channel which I haven't posted to for many years.  It would be something to do, and I think I could be good at it.  But it is just a thought.  Still. . . I need to get away for a bit to not think.  Not thinking might be nice.
Posted by cafe selavy at 8:37 AM