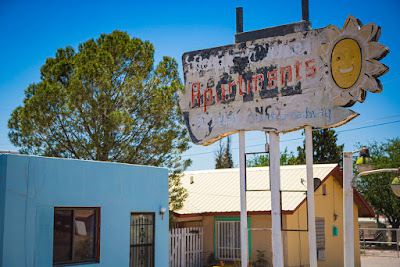 What a lovely day.  After a good night's sleep, I did what I do, only more slowly, I presume.  In no rush, I cleaned parts of the house, took out the garbage, ran the big printer in the garage, and only then, I went to the gym.  There is one drawback in going to the gym later, however; everyone is my or my mother's age.  But it works out o.k. because after my workout, I can go lie in the sun.  Not long, just fifteen minutes per side.  Just some color.  My mother and my co-workers all said yesterday that I already look more relaxed.  Not bad for a man going through trauma.  Even by the pool, though, I can't avoid the retirees.  There are back to back pool aerobics classes, and they play the worst music possible.  But I am not there so very long, so que sera (sera?).

After the gym, I had a shower then went to the grocery store to buy some things I needed--for lunch and for dinner and for tomorrow morning, too.  That's how we roll when we are retired.  Back home, I retreated to the deck for a smoked salmon and apple lunch with a wine that didn't pair well at all.

By the time I had finished, the day was passing me by and I hadn't done the things I thought to do.  To wit, I went to the garage and got all my photo chemicals, beakers, measuring tools and thermometer, and the chemicals I needed to mix up.  D-76.  Stop bath.  Fixer.  Mix and rinse.  Success.

I wanted to test the new Rollie camera that I got so that I could send my buddy some pictures, so I packed a camera bag with film and a good spot meter and headed for the big city downtown.

On my way, I saw a shirtless fellow sitting on a bench overlooking a lake and some hideous interstate construction in the distance.  Man, I thought, that looked like a good photo.  I should take it.  But I was in the wrong lane and I could not get over, so I felt justified in not going back.  But fuck it, I thought, I'm retired and have no schedule.  What are you going to do, pass up all the pictures you might have taken because you were in the wrong lane?  Nope, I said to myself, and I made a right into a parking lot and turned around.  I parked the car across the street from where the fellow sat and grabbed both the Rollie and the Razzle Polaroid 4x5 conversion camera and dashed across the busy street.  "Dashed" may be a flattering term.  Once across, though, I took a quick spot meter reading, set the Rollie, and bam! Quick as a flash, I did the same with the Razzle.  The fellow was talking on the phone like a real jerky boy, loud and obnoxious, and I was hoping he wouldn't turn around.

There you go, cowboy, I thought.  You're a REAL photographer now.

When I got downtown, I saw something I wanted to photograph, an old fur store that had been there since I was a kid.  LaBelle Furier.  They both sell furs and cold store them there.  But shit, I was in the wrong lane again.  I almost went on since this was a one way multi-lane street, but I saw a parking place and cut across traffic and pulled to the curb.  It was a long walk back, but what the hell, I thought once again, I'm retired.

Walking back with my Rollie in hand, I recieved several comments about the cool camera.  I talked to a couple women who had just opened up a CBD store.  They liked my camera but were worried about where the picture might turn up.  I didn't care.  They weren't that interesting to me anyway, and I didn't press them about it.  They were quite nice and we talked for a long while about their business.  In another block, a cute couple across the intersection began posing for a picture.

"You're too far away," I yelled to them.  When the light changed, I crossed the street and snapped a photo of them.  "Do you want a copy," I said to the young black fellow and his girl.  He did, but I didn't have my phone.  I didn't have a pen or paper, either.  His girlfriend had a pen, though, so I gave him a twenty dollar bill to write his phone number on.  "I'll definitely send it to you," I told him.  "You can count on it.  And I'll scratch out your number on the twenty, too!

I got back and shot some photos of the fur place and finished the roll.  I rolled it up and took it out of the camera and went to put a fresh roll in.  Standing on the street with too many things in my hand, it was difficult, and I kept fucking up.  After what seemed like hours, I had the film in the camera, but the camera wouldn't advance.  WTF?  Had I already broken it?  It would be the second Rollie gifted to me that I had.

Two young guys passed me and said the camera was dope.  I told them I had just gotten it, and they said they knew I was enjoying that.  Oh, yea.

For once, people weren't calling me an asshole for having a camera in the street.  Nope.  They thought it cool.  Yessir.  Dope.

It was past four when I finished the second roll, so I decided to head to the hipster coffee shop.  Then I decided not to.  It was getting late, and if I went straight home, I could load some glass plate dry emulsion film into my antique wooden glass plate holders and see if I could make an image.  There was a second motive, too.  I wanted to make a rum and tonic.  But first things first.

I went to the garage and pulled out the big old Aero-Liberator.  I put the changing tent on the table and loaded a glass plate.  Then ever so quickly with the light almost gone, I took a meter reading and then I took a picture.  Bing bang bong.  Done.

And now, with a photo mess all around me, I am finally having that rum and tonic, and it is really hitting the spot.  Tonight I will develop some film and see if anything turned out.  That's the thing with film.  You just never know.  But if I get a picture that is worth a scan, you will see it in the morning, whether it is medium format or 4x5 film or if it is glass plate.  I sit here now hoping.  We shall see.

That didn't happen.  Developing film last night, I mean.  The rum was all too good, I guess, and then I made the most delicious salad I've ever made, a garbanzo bean Mediterranean salad with cucumbers,  red onion, red pepper, black olives, garlic, halved cherry tomatoes, and Greek peppers topped with parsley, crumbled feta cheese, olive oil, and balsamic vinegar.

Then I opened a better bottle of wine and heated some chicken.  The wine went down well, then I attacked the salad and chicken with the wine.  Hell yes.  Then the scotch.  I was watching this (link), and I woke up for the ending.

The best laid plans of mice and retirees.  I think I am getting this retirement thing down, though.  I don't have as many bad thoughts or dreams.  I am sleeping peacefully without sleep aids, and if I do wake up, I am comfortable and sound and not freaking out.  I am beginning to be a little productive, too.  Nope.  Retirement is, in the modern parlance, dope.