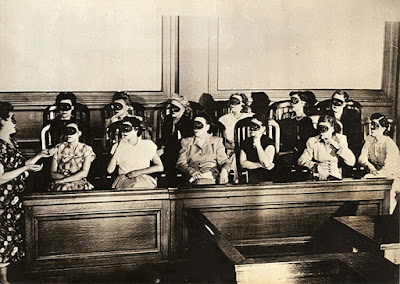 Holy shit!  I was afraid of this.  I can only hope that Trump will pardon me.

You'd have to be coming here for awhile to get the reference.

I worked on the books again yesterday.  Didn't wait.  Started right off in the morning.  Worked through lunch and then after.  In the afternoon, I took another bunch of books to the library.  I felt good about it.

Then I went to the gym.  And who should I see there?  Nope. . . not The Comedian.  The bartender.  I didn't recognize him without his bun.

I looked in the mirror.  Can't help but see yourself in this gym.  I looked fat and puffy next to babyface.  Jesus.  I have to quit drinking, I thought.  No, I needed to quit drinking about ten years ago.

Later, I had dinner with my cousin and mother.  Meatloaf.

After which I went home, watched "Curb Your Enthusiasm," and went to bed.

And didn't sleep.  Unpleasantness haunted me throughout the night.

There is something wrong with me.  I am in a very bad mood.  Nothing seems to be going right.  I've worked on the bookshelves far too long, and I am still not completely finished.  Meanwhile, all around me things fall apart.  Everything needs to be done.  I work alone, make decisions alone.  Sooner or later, something will be critical.

Driving from the library to the gym, I had a couple of "incidents."  The first came at a four way stop.  I know how they work.  It was my turn to go.  When I pulled into the intersection, however, a fellow in a black BMW SUV started pulling out, too, and kept drifting closer and closer to my car.  So. . . I stopped and invited him to run into me.  I looked at him and waved him on.  He was one of those privileged broker types, all metro quaff, botox smooth, million dollar hair, etc.  He looked at me and gave me the finger.  I grinned a deathlike invitation and continued to wait.  By this time, though, the other cars were honking at me.  I saw no win in this for me, though, so I gave him the old "fuck you" and drove on.

Three blocks later, a jerky fellow in a a black Lincoln dashed from a side street and cut me off.  Cut across two lanes to do it.  I shook my head, hands in the air.  At the light, he was in the lane next to me.  He was staring at me.  I pushed the button to roll down my window, but it wouldn't go.  I had forgotten that yesterday I found that the electronic window was kaput.  Embarrassed, I opened my door and looked at him.

He was a big fellow who looked like an athlete gone to fat, again a privileged looking broker type.

"Why are you shaking your head at me!?!"

What he said was that there were cops everywhere and he was in a bad mood.  The tone he used was threatening.  The light was long.  I said something.  He said something.  Then he called me a dickhead.  It just wasn't my day.  My ribs were aching.  My shoulder felt stiff.  I was very aware of my "limitations."  Still, the fucker called me a dickhead.  I couldn't take my eyes off his pig face.

He didn't like that.  I could see his blood pressure spike.  Maybe I could just get him to stroke out there behind the wheel of his black Lincoln.  I made my hand into a puppet and held it up moving my fingers up and down on my thumb.

His jaws were clenching, his hands squeezing the steering wheel.

Then the light changed.

Why, I wondered, why am I always subjected to these country club pricks?

But, of course, I live in a town full of them.  They worship Trump. 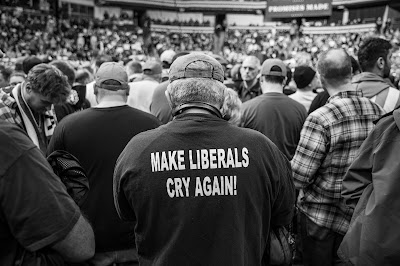 Maybe I should quit watching the news.

I want to go away.  I feel ashamed that I haven't.  But every day there is something else I need to do.  I live in a state of worry and anxiety.

My buddy who is going to walk the Camino de Santiago will be gone for two months.  He will walk 500 miles after which he plans to do some other travel.  I can't manage to leave town for a weekend.

I think I'm having what used to be called ever-so-popularly a "breakdown." The weather is all wrong. I am living through a second summer here.  The house needs repairs.  The yard is a mess.  I am drinking too much, and my income may not be adequate.  I had always lived with the Edmund Wilson curse of a "small but adequate income."  It was awful, but I'm afraid worse is yet to come.

I can't figure out if caring more or caring less is the solution.

Now the sun is coming up and I can see the ghost of a cat is on the deck wanting to be fed.  Good deeds alone won't get you into heaven, I've read.  Maybe, though, they can calm me down.
Posted by cafe selavy at 7:17 AM