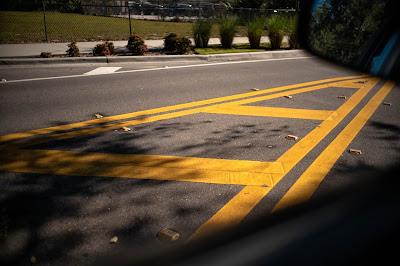 I fell asleep last night watching little YouTube L.A. neighborhood bits by Anthony "I Hanged Myself" Bourdain.  There were a lot of them.  He was chauffeured about in a black Range Rover in each of the episodes as he visited populations of Guatemalans and Iranians complaining about the tastes of middle-class America and railing against hipsters.  Oh, Anthony.  Be still my heart.

Yes, I can relate.

I've been looking through my pictures for a while now, and I've decided I like color.  I have years of black and white, but I am drawn to yellows and blues and reds.  Maybe I don't want that Leica M10 Monochrom after all.  I'm pretty sure I am going to buy the new Fuji X100V, though I am also pretty sure I won't use it.  And maybe I won't buy it, either.  It is a great snapshot/street camera, and I have no one to snap-shoot and the streets are getting dangerous for photographers.  Perhaps I would be better off focussing on something else.  The "what," however, is driving me crazy.  The sort of provocative pictures I like most have fallen out of favor.  I could leave the country to photograph, but that sort of cultural exploitation is frowned on now.  For the non-polemic photographer, there is little left but garbage and abstract shapes.

If I just wasn't an old white guy. . . .  It's just bad ju-ju, especially for someone who likes to kick the bucket of snakes to see what happens.  It is fun, but it doesn't help you win a congeniality contest.

I have been very lazy in retirement.  My cleaning and straightening project has hit the wall.  I am like the joke that asks how many retired people it takes to change a lightbulb.  One, but it takes a long time.  The days are long and I do little.  Today a friend stopped by just as I was leaving the house with my camera.  He sat on my deck for almost two hours telling tales.  Other than the gym and a little straightening up around the house, that was my day.

Tonight will likely be a repeat of last night.  I am lucky, I am told.  I have it made.  Me and Anthony Bourdain.
Posted by cafe selavy at 8:19 AM