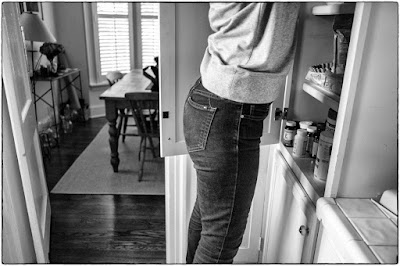 It is already called "The Friday Night Massacre."  Who knew?  President Trump is taking revenge on his enemies.  Retaliation.  Putin.  Jong-Un.  Trump.

Should that be Kim, not Jong-Un?

I am housebound tonight.  I thought I blew a hose on the Xterra, but when I took it in to the nearest place, Firestone, I was told that a plastic part is missing and that they would have to order it.  Leave the car. Since Firestone is only a mile from my home, I told them I would be back in the morning.  On the one mile drive home, my car overheated.  There is no choice but to take the car back to Firestone at seven o'clock in the morning.  I get to walk home.

I will be housebound on Saturday as well.

House arrest.  The maids came while I was at lunch today with C.C. this afternoon.  Everything I like is here.  It is awful.

Morning.  It is time to take the car in.  I don't want to go.  The sun isn't quite up and it is cold.  I must walk home from Firestone, and I would rather sit here drinking coffee.  Why don't I have servants to do this?  It is going to be expensive, I know.  Fixing the car.  Servants would cost much more.
Posted by cafe selavy at 7:04 AM