Back in the Shit 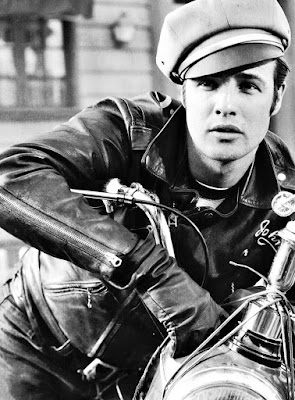 I don't want to mislead you.  The gym was werid before Grymkowski showed up.  I wasn't a bodybuilder and never intended to be.  Weight lifting for me was a supplement to being athletic.  I guess maybe I wanted to be tough like my father.  Born in 1920, he grew up on a farm and got thick from working there.  He payed sports in high school, and he hung a burlap bag filled with dirt from the rafters of the barn to work out on.  He was a fleet boxing champion in the navy during WWII, and when he got out, he was a bartender and a bouncer and a boxing trainer for his brother-in-law who was a boxing promoter.  I. . . well, I was a hippie who was good at sports.  My father taught me to box early on.  I was on every all-star team growing up.  Until high school.  That is when coaches really started to hate me, and I couldn't get on sports teams because I wouldn't cut my hair.  In college, I hooked up with a bunch of fun hippie sports guys and we formed teams to play in just about every intramural event offered.  My roommate and I had gone to high school together, and his father had been our coach in the little leagues.  His father had played football in the army and was a pro football scout for the Baltimore Colts.  For a short while, he owned a semi-professional football team.  By the time we were in college, he had been recruited to be an assistant coach in the newly formed World Football League.  My roommate, like me, was a good athlete, but neither of us was anything like our fathers.

After college, I had moved out of my college town and was back in Redneckville where anyone like me was "probable cause," according to a cop I knew.  Life was a constant barrage of hostile encounters, and I figured I'd better do everything I could to keep from getting my ass kicked all the time.  There was only one gym in town.  It had a scary reputation, but I was an ideologue of sorts.  Hell, they couldn't keep me out of their gym.

So one Friday, I walked in and asked about joining.  They took my money and that was that.

On Saturday, I got dressed and headed to the gym for my first workout.  It was early-ish, maybe nine, and when I got there, the lights were off but the door was unlocked.  I walked in.  Nobody was there.  I stood still for a minute, then decided what the hell.  I walked over to a big contraption for sit-ups.  It was a machine shop piece, welded steel platform with a couple steps up, some pegs to slip your feet under, and an adjustable bench that lowered 90 degrees to the floor.  I was on my tenth sit up when a cop walked in.  He stood at the door a minute, looked around, then said to me, "Is anybody here?" Fuck me, I thought.  He'll arrest me for breaking and entering, trespassing, or maybe burglary.

"Just me," I said.  He walked to the back of the gym and into the locker room.  Christ, what if somebody has been murdered back there?  What if somebody is dead?

In a minute, he came out of the back in gym clothes, and in a minute more, another cop came in and joined him.  That was it.  A hippie with hair halfway down his back and two macho cops.  What could go wrong?  Neither of them spoke to me though they looked my way.

A bit later, two more fellows walked in, bikers, it appeared.  One guy was extremely handsome and built.  I believed I had seen him at a biker bar before.  They called him "Dresser," and he had a little two toned hat like the one Brando wore in "The Wild Ones."  He wore a brace on one leg over his jeans from hip to ankle.  The other fellow, Spike, was taller leaner, not as muscular as his buddy.  They didn't bother to change into gym clothes.  They simply walked to the squat rack and began loading up the bar.

The cops knew the bikers and right away they started to chat.

"I heard you guys got your asses kicked last night."

The two bikers, I would later learn, were members of the Warlocks, a biker gang associated with the Hell's Angels.  Apparently, from what I could gather, there had been some conflict between them and members of the Outlaws, a rival gang.

"I heard you guys ran away like a bunch of sissies."

"Fuck you.  We ain't ever run away from nothing."

It sounded like things were getting heated, and I was getting nervous but enjoying it at the same time.  The cops were bigger than the bikers but who knows what would happen in a fight?  What would I do if the shit hit the fan?  Watch?  Piss myself?  Run?

It went on like that for awhile, heated, colorful, then just funny.  I began to realize that this was just the usual bullshit that went on here between them all the time.  Nobody said anything to me.  I wasn't part of it.  I had no status.  I was simply invisible.  But here I was back, I thought glumly, back in my old hometown, an ignorant, conservative, redneck place with no enlightenment, no food co-ops, no yoga on the lawn, no protests against the machine, no lunching with Krishnas on the Plaza of the Americas. . . .  Once again, as in former days, I was mingling with the criminals, maniacs, and miscreants of my youth.  This is what I had to look forward to now.  Those halcyon days in the biggest hippie college town in the entire south were gone.  I was back in the shit.

Still, it was more interesting than nothing.
Posted by cafe selavy at 7:54 AM