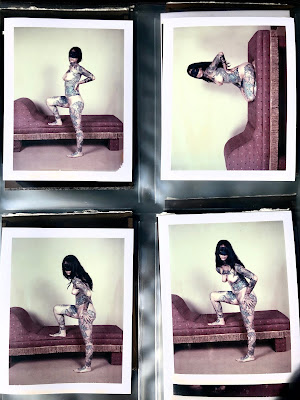 I have just poured my first whiskey of the day.  It is glorious.  I know it is a bad, bad friend, but it comforts me nonetheless.  It will be here long after I'm gone being master to other fools.  What can I do, though?  Apparently I'm a fool for women and whiskey, both of which are glorious before they betray me.  I'm a goddamned country song.

All I need is a pickup truck.

My fourteen day quarantine ended yesterday.  I've been feeling fine for a few days now, so I went to my mother's house to sit in the front yard in chairs twelve feet apart and drink a little wine.  She liked that.  It was a beautiful evening under the big oaks, the variable breeze not steady but still wonderful. It was my first time out of the house other than walks in two weeks.  It was weird to sit and see a different horizon, almost disorienting.  But we sat out and chatted the way we do about relatives and neighbors and food, and after an hour and a half, I packed up to go home.

"Because that is where I live," I said, "and my dinner is waiting on me."

She never understands departures.  She would sit and talk about nothing until eternity.  I always have a hard time leaving.  It is always bad.

When I got home, the house smelled like the roast I had put into the pressure cooker before I left.  It is really the InstaPot or whatever it is called.  It is wonderful. I set the pressure cooker for half an hour, and after that it just keeps it warm.  I had covered the roast in big chunks of Kosher salt, course ground pepper, and covered it in red wine.  I put in two potatoes and two whole onions.

I ate it with a bottle of Sterling Cabernet.

The whiskey after cleaning up is clarifying.  It is mystical.  It is perfect.

Now the sun is setting and I am in for the night, just like the Surgeon General has ordered.  I am nothing if not a good citizen of the United States.

Unlike my tenant.  I think she is screwing the orthodontist across the street.  I've seen her coming from his house a couple times.  Today they were standing together in the yard.

"Hey you kids, get out of my yard or I'm going to turn on the sprinkler!" I yelled.

"What are you paying him?" I asked sarcastically.  He grinned.

When I got home and plated my dinner, I took it to the deck to eat outside.  Before I sat down, I turned on the sprinklers.  I had to run back in for a minute and when I went to the bedroom, I noticed that the two of them and a friend of the tenant's who I can't stand were sitting at a table in the yard.  Ho-ho, I thought, they are going to scramble when the sprinkler hits that zone.

I sat down to eat watching the sprinklers go through their zones.  I thought about it and couldn't do it. Before it got to them, I shut it off.  I would have liked to sit inside and watch them scramble, but I am just not that kind of guy.  Why they aren't sitting by Andy's pool, though, I don't know.

The photo I have posted is a sheet of Polaroids from one of the many boxes of Polaroids.  I have forty four of them, each holding from forty to fifty sheets.  That's right.  I have thousands of these.  This was from an early shoot with The Tattooed Woman.  I had seen pictures of her before all the tats.  She had been really very pretty.  She started dating a tattoo artist, though, and she was getting her tats for free.  She was doing a lot of drugs, she said, and got into some big trouble.  She wasn't allowed to drive any more.  She was brought to the studio by two friends of hers, a couple as tattooed as she.  As we shot, I asked her questions.  I really think I have some ability to hypnotize people.  I am a good listener and they tell me things that I don't think they usually say out loud.  At one point, she closed her eyes and confessed, "Sometimes I just wish they'd all go away."  But often the only way ahead is forward.  She was working on filling in all the empty spots with ink.

Now I need to write a narrative story about the gym.  I don't know, though, if I am up to it tonight.  I've had some drinks and the sun is almost down.  I could put on the television and rock it/rocket 'til bed.