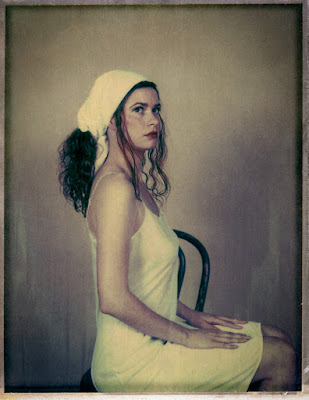 As I am sorting out my files, I see a million photos that I have never processed that I need to.  I picked this one to see if I could do it still.  I can't remember the process completely.  It has been about eight years or so since I have done it.  As I worked, though, I remembered more and more of what I had done, and I think if I look back at some old files that still have the layers, if I have any, I will remember more.  But this is O.K.  For now.  I shot this in 2011 when I was still searching for purpose and a meaning.  A lot of the stuff I have are really f'ed up attempts at finding those, but they are still interesting.  I think I will call them "Beautiful Failures," for that is what they are.  But Sweet Jesus, I feel I was onto something.

I watched an old documentary last night on Picasso and Matisse.  I always knew they had a healthy rivalry, but I hadn't known that they were also very close.  Matisse was the first to make money, but he sent his dealer over to Picasso who bought more of Picasso's works than Matisse's.  Picasso always felt indebted to Matisse.  They were of two kinds, opposites, really.  Matisse was sensual.  Picasso was sexual.  Matisse was romantic, Picasso aggressive.  They did not say so in the documentary, it simply occurred to me watching them side by side.  I had tickets to the great Picasso/Matisse exhibit at MoMA when it was there long ago, but I never got to use them.  I just couldn't make it to NYC at the time.  It is one of the big regrets.

After feeling good in the morning, I felt bad for the rest of the day.  Worse than I have felt yet.  There is nothing I can do but drink water, eat, and take vitamins.  And worry.  I have done plenty of that.  I am checking in with my body every microsecond to see how I am doing.  I have consumed nearly all my garlic and will need someone to get me more.  Ninety-six hours of unwell solitude and counting.  I call my mother from time to time.  She is worried, of course.  She was happy this morning when I said I felt much better and miserable tonight at my news.  I will call her before bed and tell her I'm fine just so she will relax.

I like looking at this photo.  I think it is pretty.  I had forgotten how long it takes to make one.  The color on those old Polaroids is always off.  This one was mostly cyan and magenta.  I have added a gold tint to it to tone it down.  I was really a maniac back in the studio days, working at the factory all day, shooting with models in the studio as many nights as I could, spending hours and hours cooking up the images, and still going to the gym, cooking meals, etc.  I was really on fire.

As I go through the prints, I remember the all the people, all the shoots, who they were, what they did, what they liked and where they were from.  We talked as much as we shot.  The stories they told me were as interesting to me as the pictures.  I am going to do a write up about each of the models I shot to introduce them.  It will take me months and months if I do nothing else as there are at least one hundred of them.  I have forty 9x12 boxes of sleeved Polaroids each holding around forty to fifty sheets of four images.  I haven't counted.  I'm just estimating.  That's around 8,000 photos.

When the Polaroid ran out, it was all digital.  I can't even guess how many images.  Too many to consider right now.  Let's just think of the Polaroids for a bit, those "Beautiful Failures."
Posted by cafe selavy at 9:05 PM