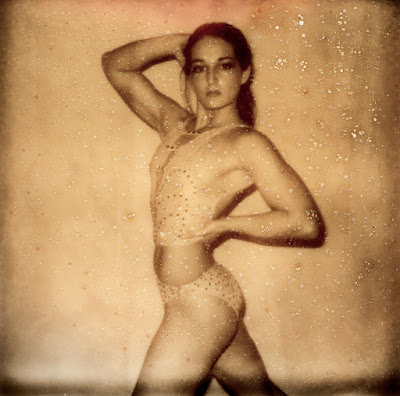 I was better today.  No shit.  I am not well, but I was better. . . until I tried to clean up.  I cancelled the maids since I am sick, and this was the day that they come break things.  I decided to take a shot at it.  I haven't cleaned my house in many, many years.  It is just not what I am good at. . . as I remember.  It is a job, and others do it well for money.  But I had to, so I decided I must clean the bathrooms and the kitchen.  Priorities.  I got the Clorox spray and went to work.  Sucked, but when that was done, I decided I had to vacuum the floors.  I had forgotten what a fuck job a vacuum cleaner is.  But I did it (poorly), and when that was done. . . I was, too.  I was spent, was sweaty and weak and fatigued.  I am not well yet.  But I do believe that I am on the road to recovery. 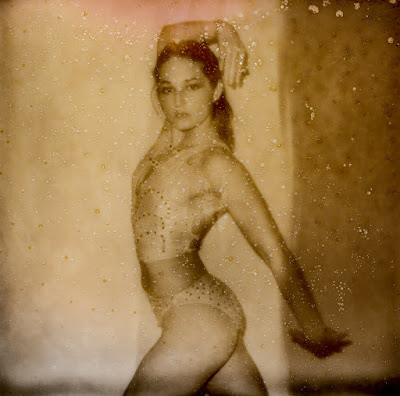 For the last few days, I have had a lot of texts, people concerned about me.  Now I haven't told many people of my condition.  I can count the number on less than one hand (not counting you).  But if I were to guess by the amount of traffic I got today, their concern now lies elsewhere.  Of course.  Other people's illnesses are like. . . . etc.  I forget where I was going with this.  Oh. . . I know.  The fellow who probably gave the virus to me called me today.  He is recognizing that this is probably his fault  He is showing no symptoms, he said through his coughing and nose sniffling on the phone, but he might be a carrier.  No shit?  Huh?

He could have killed me. 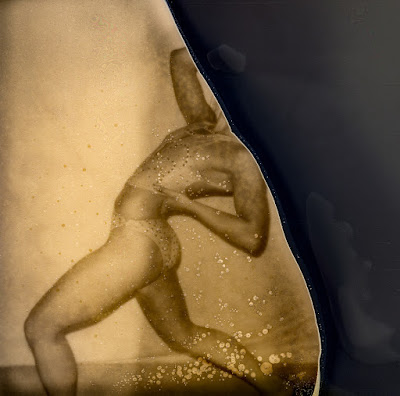 On this morning's walk, I went to see the baby owls that my writer friend and his wife told me about. By-the-by, he is a real writer who has never made a living doing anything else.  That is amazing, I think.  There are a very limited number of such people.  Anyway, I went to see the owls, and it was cute.  I say it because I could only find one.  There are two, I am told.  The one I saw was pure white and fluffy.  Momma owl kept an eye on me from an adjacent tree while I watched.  I talked to her and gave her the old thumbs up.  I love owls. 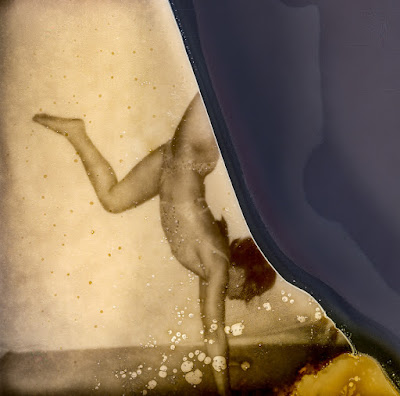 For those of you who have been coming here for a long time, you might remember when I had desires to do a circus series.  I wish I had done it, but I never did.  It is the big mistake I made while I had the studio.  This model was obviously a gymnast.  I had bought a couple vintage trapeze outfits on eBay for a lot of money.  They were teeny, size 0.  I asked her to try them on and she almost fit.  I shot her with the Impossible Project's new Polaroid film.  It was shit, as you can see.  It practically disintegrated before your eyes.  I wish I had shot this stuff with regular Polaroid film, but I didn't know.  That is my defense.  I just didn't know. 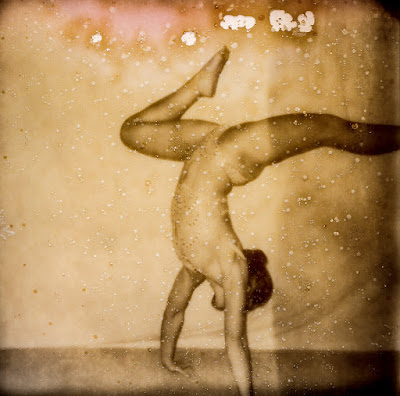 I made a wholesome dinner tonight, and I watched the news.  It was more subdued, it seemed.  Lockdowns across the country.  Trump leaving it to Governors to decide what to do.  The Governor in my state now taking heat for not closing the beaches.  Op-ed pieces appear about what shitheads millennials are.  I don't know.  I finally got all my stock sold off and I am out of the market.  The DOW was predicted to rise 1,000 pts. today.  I was sick this morning when I read that before the markets opened.  Rather, it dropped another 5.5%.  At least I only lost a Camry in the deal and not a Lexus.  Fuck it.  I'm out and can relax.  I can look at my accounts and go, "That is how much money I have."  I might as well have it in my mattress, but I don't have to think about it any more.

I have gotten used to staying home alone and not seeing others.  I have worked up a routine.  It has been eight days without people now, and I will wait another seven before I venture out to see my mother.  My mornings are lazier and slower than ever.  Then there is a walk, a shower and then I make lunch.  Maybe there is a nap, but most days, not.  I do work in the afternoon--pay bills, gather paperwork, make business calls, clean and/or do yard work.  At four, I have a drink.  I walk to the lake and soak up nature.  Then I come home and cook the evening meal.  A little t.v. or a book, then bed.

I will probably miss the isolation when I have to go back into the world.  Who knows, though, when that might be.  A friend drove up today while I sat on the deck.  I told him not to come up, that I was pretty sure I had the corona virus.  He had no trouble getting back into his car and leaving.  He didn't ask me if I needed anything.  He just vamoosed.

Other people are mostly a bore unless you don't know then.  Then they are entertaining for a short while.  But it is difficult if not impossible for people to live up to the expectations born of literature and art.  Comparatively, they are duller.  And all I have right now is literature and art.  Life on the outside will be difficult.

I don't feel worse this morning.  I still don't feel like doing pushups, etc., but I don't feel worse.  Even a regular flu lasts a week.  Now that everyone in the nation is in lockdown. . . oh, wait. . . there are cars everywhere.  My state, a recreational state, is not on lockdown.  Come party here, at the beach, in bars, with republican recruiters.  We are a state that knows fake news when we see it.  We are helping the economy.  WE are the REAL HEROES in the Time of Corona.  We don't make anything.  We are a consumer society.  Gotta keep the old engine running.

We DO still make liquor.  The country is turning to the liquor markets and, in the wiser states, the cannabis markets, to make our nation GREAT AGAIN.

I got scheduled for a Zoom happy hour on Sunday night.  I look like shit right now, so I think I'll wear a mask, keep the lights low, etc.  It has only just occurred to me that I don't know when I'll be able to get beautified again.  No facials.  No massages.  Holy smokes, this country is going to look like Fido's ass pretty soon.

I'm going to get back to looking through the old Circus Selavy pics and wonder once again why I never did the series.
Posted by cafe selavy at 8:30 AM