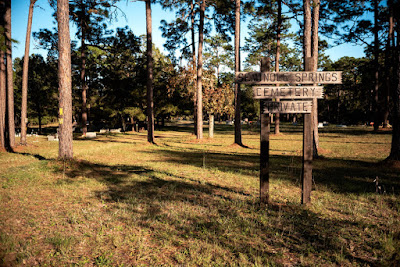 It is terrifying, really, how one can go to contemplating suicide to being afraid one might die in a matter of days.  Bourdain should have waited a bit.  He would have tried to beat Corona.

My friend C.C. says the kids are calling it "Boomer Remover."  Sweet kids, in case you wondered.

I have been sitting around the house in hypersensitive mode ever since I lunched with my traveller buddy.  He should not have asked me to lunch.  It is certainly not fair to an old one lunger like me.  I am too macho to say no, but he should have respected that.

I got an email from the big liquor store chain from whom I buy most of my stuff that said they were hoping to stay open.  Hoping?!?  I went up when they opened and bought a case of scotch.  Can you imagine the amount of DTs around the country if liquor stores closed?

Then I went to the grocers.  It was already jammed.  No alcohol.  No toilet paper.  No meat,  That one was hard to figure out.  I guess people are loading their freezers.  I bought my usual stuff, nothing I won't use: dried beans of different varieties, bags of rice, pasta, tomato sauce, peanut butter, and cans of fishes and chicken.  I was able to buy Kleenex which should work fine.

I texted my factory friends and told them I would not be at the big birthday dinner tonight because I didn't want to take a chance on infecting any of them.  It was considered good prudence.  More of my time than usual was spent texting.  I have been alone much these past weeks, and being in the house alone during this is a bit oppressive.  Talking and snuggling with someone would be just right.  But that is not my reality right now, so I worked.

I had to put away all the groceries I bought, and I didn't think my tiny kitchen would have room, so I began to clean out and organize my pantry.  It made me sad because it was Ili's pantry, but I found all sorts of things that should have been thrown away a long time ago.  After I had organized and straightened, I was able to put everything away and still had room.  I looked around for some cheers and a pat on the back, but of course. . . .

Then I cleaned out my car which had about six camera bags and some boxes that have been there for a month.  I put them where they should go, then took my car to the car wash.  After that, I picked up some processed film from the photo store.  Ordeal, but not important here right now.

When I got back to the house, I put on my walking shoes and went for a long solo stroll.

After that, the state announced they were closing all schools.  I spent the afternoon and evening texting with friends about the madness we are now living with and in.  Everyone feels as if they are now on their own.  The fissures of our system are being revealed.  Cracks are forming.  We are learning that we do not have the infrastructure to take care of people.  Already there are shortages.  The safety net Americans believed in is in disrepair at best, rotten at worst.  This is not moving at internet speed.  There are no gigabytes per second involved.  This is going to take a while.  There are no instant solutions, no instant answers.  This is going to be a long haul.
Posted by cafe selavy at 7:42 AM