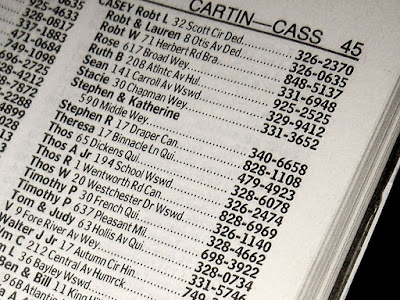 O.K.  It isn't a story.  It is an anecdote.  A note.  It lacks additives.  I've not gone back, for instance, and written in descriptive words.  There are no reds or purples.  I've not used words like "vein."  I've been delicate.  This note is additive free, but I figure it is the only way I can get the tale out without straining it. So. . . for your consumption. . . .

Pete showed up at the gym one day.  He was tall and lean and sinewy.  He was built like a tiger.  He came from Boston where, he said, he was a bar fighter.  The idea was that two guys gave their money to the bartender then went to the parking lot.  Whoever came back got the money.  Pete said that he had never lost.  That was a bold statement to make in gym company, but Pete was a likable guy and was everybody's buddy straight away.  He had light colored eyes that mostly seemed amused but which could change subtlety and quickly given the circumstances.  He was losing his hair, so he always wore a bandanna. He never changed into gym clothes to train.  He wore sleeveless t-shirts, tight jeans, and black leather biker boots with one silver spur.  His bike was a traditional Harley with a biker chop, extended forks, raised handlebars, etc.  I used to frequent a bar that catered to bikers, and if Pete was there, he'd yell out, come over, put me in a big bearhug and kiss me on the lips.  Then he'd point to me.  "He's alright," he'd say.  "He's alright."

After being at the gym for awhile, Pete, like everyone else, started using steroids.  And he grew.  He got big fast until he no longer looked like a tiger.  He looked more like a lion.  His faced got bigger, too, and his hair loss increased.  When he showered in the back and got his injections, he would sit naked for a long time.  He liked to show his attributes.  And his was the biggest I've ever seen, sort of like a baby's arm holding an apple.

After being in town a few months, he bought a van and tricked it out with carpet and a bed.  He called it his love shack.  When he went out to the bars at night, he'd pick up a girl and take her back to the van.  He was married, so he couldn't take them home.  All in all, I guess it was more convenient, too.  As he sat stripped in the locker room, he'd talk about the girl he'd been with the night before.  Every other tale was about the difficulty his attributes had caused.  Often enough, the story would end with him getting a blow job.  Girls would take one look at him and go, "Uh-uh."

Pete's wife eventually left him.  He was crestfallen.  I never met her, but I heard she was a pretty girl. When she kicked him out of the house, he asked me if he could park his van in my driveway and live there.  "Ah, Pete. . . my neighbors won't put up with that.  There's no way, bud."  I hoped I wasn't the first person he'd asked.

Eventually, Pete got an apartment.  I don't know how he got his money.  He wasn't a hustler, and I'd never known him to have a job.  But it wasn't something I would ask.

One of the interesting things about gym rats is what great story tellers they are.  They loved to tell a tale on another fellow.  One day, I walked into a story about Pete.  The fellow telling it said he had gone to Pete's apartment one afternoon.  He knocked on the door and heard Pete yell, "Come in."  When he got inside, he didn't see Pete.  Then he heard Pete calling him from the bedroom.  When he walked in, he said, Pete was lying naked in the bed with a big jar of Vaseline, a box of Kleenex, and the phonebook.  He had the phone cradled to his ear and was talking to someone while he stroked his giant dick.  "Jesus, fuck, what the. . ." our teller of tales reported, saying he turned and left the room.  When Pete was done, he came out all grins.

"What the fuck are you doing, Pete?"

Pete said he picked numbers out of the phone book and dialed them.  If a woman answered, he would start talking to her, then start flirting.  Sometimes, he said, they would flirt back, and then he would begin talking dirty.  It was hit or miss, he said, but he usually found somebody who was into it.

Everyone was laughing at this point.  Nobody was shocked.  It was just another amusing tale among outsiders and misfits, a club joke among friends.

The longer I worked out at the gym, the more normal it all seemed.

I woke up this morning feeling lousy again.  I felt great last night and thought I was done with this, but it just hangs on.  Trump says you will all be back to normal soon, working, going out, doing X and sweating on a crowded dance floor.  That's what will get the economy going again.  People will die, sure, but mostly poor people, and mostly in the big cities where people already hate him.  Real Americans, those who live in places where social distancing is normal, will approve.  Keep the Cracker Barrel open.
Posted by cafe selavy at 8:13 AM