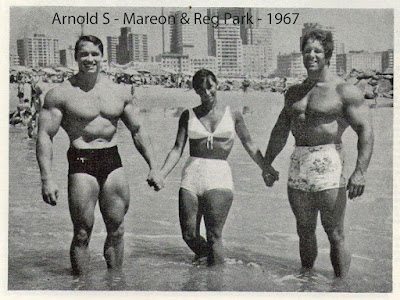 I am not well yet, but I just read that Tom Hanks and his wife are feeling a little better after two weeks in isolation, so I think I have to wait a while longer.  I've had symptoms for eight days now.  I am starting my 11th day of isolation.  Being sick alone engenders paranoia.  It creeps in at the edges and then takes hold.  Not so much now, I hope.  I know two people who believe they might have it.  One is still sick.  The other felt better after two weeks.  Knowing this, I will not worry as much when I still feel the blahs.  See--good news!

A bunch of people wrote to tell me to write "Party Line."  Yesterday I gave it a shot.  I sat and wrote for about an hour, maybe more.  Everything about me was strained.  My posture was different.  It all showed in the writing.  There was no flow.  I was just putting down facts without art.  When I tried to make an image, it seemed forced.  It was like making a speech in front of a big audience for the first time, you know?  You have to learn to relax.

I will keep doing it until I relax.  I am relaxed here on the blog, of course, so maybe I should just spill the story here and not try to craft it elsewhere.  That's it!  It's the "crafting" that makes it so awkward. I write here like a drug addict.  When I write alone, I am with Fitzgerald, Faulkner, Hemingway, etc.

Well, maybe it will work itself out.

Here is a synopsis.  I will probably cut my readership in half with this.

I began working out in a steroid gym in the '70s.  It was started by a wrestling promoter in the '60s, a former German strong man whose character informed the gym owner in Harry Crews' "The Gypsy's Curse," a weird and sometimes wonderful novel.  The gym had a wrestling ring in the back so the wrestlers could work out their routines, I guess.  The fellow who managed it lived in my neighborhood when I was young.  I knew his sons.  They were bad asses who got praised as "animals" by their father when they beat the shit out of someone.  He was the first Mr. Florida, and it was rumored in low tones that he was in the CIA, or rather, that he worked for United Fruit.  He was the only person any of us had ever seen run through the streets in sweats.  Our father's were all working class and didn't have time or energy for running or for gyms.  But nobody derided him.  They just gave one another "that look."

If someone came in off the street and wanted to join the gym, he would have to take a physical fitness test.  This was mainly comprised of getting into the ring with the manager to see what kind of shape he might be in.  The manager would manhandle the fellow for a while, usually, then tell him to start running, lose a few pounds, and come back and try again.

By the time I joined, the German strong man had sold the gym and the wrestling ring was gone.  It was owned by a fellow who had a connection at a pharmaceutical warehouse.  He sold steroids "over the counter."  Anabolic steroids had not been made a Class III Controlled Substance yet, so there wasn't much paranoia about it.  Still, you had to be an insider to get them, but it looked like everyone there was an insider.  They were massive.  You have to go back and look at 70s movies and t.v. shows to see how skinny and puny people were then.  Gyms were just losing the gay stigma as physical culture clubs.  Arnold would bring America to the gym when the documentary film "Pumping Iron" came out in 1977, but Arnold himself benefitted early on from "sponsors."  In the small locker room, which was just a tiny area with two showers, guys would shoot 'roids into the big muscles of their ass or thighs.  The needles were huge.  They were an inch and a half  long to get deep into the muscle, and they had large gauge openings which made the needles thick as testosterone, deca-durabolin, and anadrol were all oil based drugs that needed a big hole to flow through.

Obviously, when you were in the locker room, you saw a lot of dicks.  You also heard a lot of stories. Most of the guys who worked out here had marginal jobs.  Many were bouncers at bars.  Some were bartenders.  They had the most money.  The rest were hustling.  One way to make money was to "model' for gay men.  The fellow who owned the building that housed the gym was rich and gay, and I guess maybe that is how it all began.  There was a code that the "models" followed to justify their actions.  They never kissed anyone.  And they never gave head.  As long as they followed those guidelines, they did not consider themselves gay.

Not everyone engaged in "modeling," of course.  But no one seemed shy talking about it.  It afforded them the lifestyle, and even then, the drugs weren't all that cheap.  And neither was meat.  And a fellow had to eat.

Well, I am just getting to the part about Pete.  But that will have to wait until later.  The morning is passing and I need to take a walk and get on with my daily routine.  So. . . if I still have a readership, I'll write more about this next.
Posted by cafe selavy at 10:23 AM