A Degree in Dance? 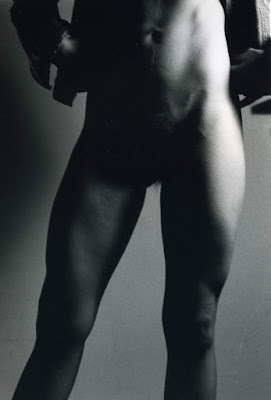 These were some serious legs in the 1970's.  They belonged to a dancer who lived in my girlfriend's dorm.  I think her major was dance.  Amazing.

I just wrote a bunch of drivel that I will push to the bottom of the page and in all likelihood will delete.  It is an indication of my lack of focus this morning.  Retired, in isolation, and without a true purpose, I grow mushy.

Perhaps I've listened too much to The Donald.  I can't quit.  I just can't make myself look away.  He is an Idiot Savant.  He understands that people don't care about scientific truths until they need them.  Such things are too difficult.  They are outside of the normal realm of American experience.  He understands that people are ruled by impressions and gut feelings, and that those are the only truths that matter in the public realm.  He understands that people don't want to have to think about things much before they opine.  His language is of the people, never complete, speaking in phrases or simple groupings of words that can be repeated but within any linguistic structure can not be pinned down by grammar or meaning.  Empty phrases and cliches.  He's a poet with a populist voice.  His ignorance is the people's ignorance.  His anger is the people's anger.

Well, at least 48% of them.  But like C.C. says, make some noise and an audience will find you.  The Donald makes some big noise.  I wish I was going to live long enough to look back on this and see what it looks like from the future.

My calendar tells me I have a beauty appointment at 2:00 today.  Of course I can't go.  It makes me sad.  When?  When can I get beautified again?  How is my poor beautician going to make any money?  But I am sure that there are people who are going.  The question is whether she can stay healthy.  This city's outbreak is on the steep incline right now.

But that is merely science.  In America, we are all special.  Each and every one of us stars in our own movie. And in that movie, we are the survivors.  The chance of not getting Covid-19 is much greater than of getting it.  Those are Vegas odds, baby.  Only losers need fear.  And the chances of dying are tremendously low, even if you get the virus.  That is what the people say.  I have heard it with my own good ears.

Whatever.  I can't write today.  Maybe I can read.

(I deleted the rest of the post.  I should have deleted it all)
Posted by cafe selavy at 7:58 AM