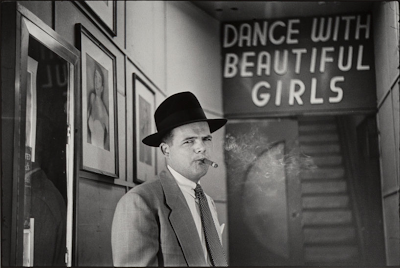 One of the most popular articles in the N.Y. Times, according to them, was this (link).  Rudimentary advice which I contemptuously ignore.  Who has time to edit?  Sure, it might be nice for you, the reader, but think about me, the long-suffering writer who now has the attention span of a gnat.  I'm going back to work on this?  I don't like to work.  I am the opposite of a workaholic.  I am beautifully indolent.  And I think spontaneity is a trait best practiced.

See, I can be clever on a first draft.  That last line is practically Wildean.

But I do often think later that I should have said a thing in a different manner.  I wrote to friends complaining that there was nothing preventing me from drinking early in the day.  Afterwards, I thought to revise that to say there was nothing standing between me and the liquor cabinet.  Ah, well. . . such is the nature of texting.

If I ever do reread a post, I see all sorts of errors that Grammarly would have picked up right away.  For instance, I almost wrote "Grammerly."  And I almost doubled my preposition like the hillbilly I am and said "picked up on."   But fuck it.  This is vernacular writing in its most refined form.

Speaking of not liking to work, I find it funny that I am writing gym tales when all the gyms are closed.  People want to "work out."  They want to work out their bodies.  There are a million therapists and life coaches because people want to work out their problems.  I went to the gym to play, just like I played ball or played a game.  I figure life's problems should be played away, too.  Laughing helps.  I don't think you can ever work them out.

Now let me break the rule about sticking to a structure in writing.  This has nothing to do with the beginning of the piece.  I met a man and woman at the lake yesterday.  They were throwing a ball into the water for their retriever.  I watched him from the dock, keeping my social distance.  I was laughing at the dog, and the woman began talking to me.  It is always the women who do.  Men don't seem to have great affection for me.  If they do speak to me, there usually seems to be something biting about it.

I sit on my deck facing the street a lot.  I eat meals there.  I drink there.  I sometimes write there.  I see almost everyone who comes by.  Or rather, they see me.  But I don't know them, don't know where they live.  They know more about me than vice-versa.

"Yes, once in awhile I step off the deck."

It turns out she lives just down the street from me.  I was embarrassed not to know.

That dog used to be famous.  She road with me in my white CJ7 that never had a top on it.  I took her everywhere.  I ran her twice a day.  I'd run with her once and either ride the bike with her or let her run on the sidewalk beside my Jeep the other.  She was known all over town.  But that was a long time ago.  The dog died in the early part of the century.

I told the lady that I was laughing while watching her retriever as it reminded me of how my Shepard/Husky mix would out-swim my girlfriend's lab even though he had those webbed retriever feet.  My dog was super competitive and I guess in better shape from all the running we did.  I told the lady about my dog getting diabetes and that for seven years I had to give her shots twice a day, how her lenses clouded and that I waited too long to have them removed because I didn't know that a dog's lens didn't do as much of the focussing as a human lens.

She said wow, dogs don't usually live that long with diabetes.  I said she was seventeen when she died and that I walked her twice a day even after she went blind and that I thought it was the exercise and my good care and love that gave her such a long life.

Turns out, she's a vet.  She had just been interviewed on television that morning talking about that very subject.

I still think I sounded smart.  But the upshot of this ill-told tale is that she is going to give me medicine I can put in the wild cat's food that will deworm her and kill other parasites.

She was pretty, too.

Oh. . . I have forgotten who took the picture above.  His name is on the tip of my tongue, but it just won't go any further.  This was a postcard I had taped to the bookshelf in my office at the factory for probably thirty years.  It is a photo well-told.

"Editing your work is at least as important as writing it in the first place. The tweaking, revisiting and revising is what takes something that could be good — and makes it good. Don’t neglect it."