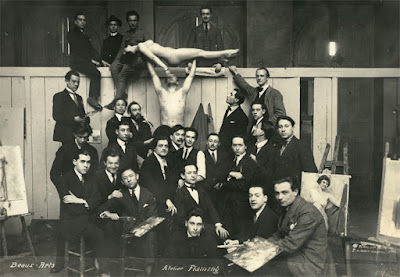 One thing I should make clear about these gym tales.  I can't tell them in chronological order, for the story spreads over twenty-five years.  It would get too tedious.  So buckle up and remember the characters.  The stories intertwine and people show up again and again.

O.K.  Let's put in another piece of the puzzle.

Van was a partner in the gym when I first came, but eventually one partner then another sold his share.  Finally, ownership was down to Van and Rocky.  Then Rocky sold his portion, too, and Van became sole owner of the gym.

Van was an electrician married to a very pretty woman whose parents owned a local chain of about four taco shops called Taco Tico.  I used to go there before I was a gym member and eat about twenty of the little, greasy tacos with my friends.  They were great.

How Van got the woman to marry him was a mystery ever wrapped in a secret, I think.  He was not a handsome man.  Worse, he had male pattern baldness and wore a toupee.  He had been in Vietnam and said he had killed enough "gooks" to fill two dumpsters.  Like others in the gym, he suffered from PTSD before it was called that.  He didn't seem to be an affectionate guy, but he enjoyed the weird life and intrigue.  He worked out in the evenings, but he didn't really look like it.  He never wore gym clothes and worked out in his work boots and jeans.  His smile lacked warmth and served more as a warning than an invitation.

So I wasn't surprised at all when his pretty wife left him.

Soon, Van had another girlfriend.  She wasn't as pretty as his wife, but she was pretty enough to make me wonder once again how he did it.  While his wife seemed of a higher social order, however, the new girl was pure redneck, the type who drove a blue Camaro and wore matching blue eyeshadow.  But that wasn't unusual for wives and girlfriends of gym rats.

The new girlfriend used to come in with Van and workout, and they were together for years.  She had a young daughter who came in, too, often with Van, as he would watch her during the day while her mother worked.  But Van came in sporadically, and he hired a new gym manager.  He hired the biker, Spike.

Spike and Dresser were two of the original founders of the Warlock gang, and each had a huge "Warlocks Forever" tattoo on his arm.  Spike had started using 'roids and had gotten much bigger than when he first came to the gym.  He was originally from Brooklyn and looked it.  He was a swarthy Italian boy with a New York accent.  He opened the gym in the morning and worked through the afternoon.  He had become careful about his diet and was wanting to get into a bodybuilding contest, but he had a tremendous weakness--his calves.  They were tiny.  Spike worked them every day, but they just wouldn't grow, so he bought pair of calf trainer shoes.  These were like platform shoes without heals, so they forced you to walk on your toes.

"I don't think that's going to work, Spike," I said.  "You need to wear high heels.  Have you ever looked at the calves on a woman who wears high heels?  Perfect.  No, man, you need high heels.  You'd look good in them, too."

Spike had gotten used to me after I started inviting him to coffee or lunch.  I'd take him down to my part of town and we'd sit at an outdoor table on the boulevard, me with a long ponytail, he with a muscle shirt and his big Warlocks tattoo.  He'd look around and say, "Dis is nice.  Dis is really nice," bobbing his head up and down dramatically for emphasis.

Spike and I became good buddies.

After many, many months of training, Spike was ready to enter his first bodybuilding contest.  Van and Rocky were connected to it somehow.  It was called the "Mr. Southland" contest, and it was taking place in Georgia.  Spike, Van, and Rocky drove up together.

When they came back, Spike had the trophy.  He was Mr. Southland.

But Van and Rocky had a tale to tell.

"The crowd booed when Spike was announced the winner.  It started to get weird.  We had to sneak out the back door to get away," they giggled.

Like I said, judged events weren't always legit.  But Spike was happy enough, and the big trophy went on the shelf in what served as his office.

It was the last time he ever competed.
Posted by cafe selavy at 8:46 AM