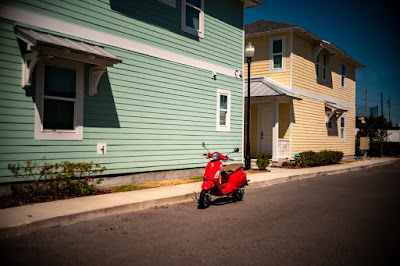 China is out of the house.  People are back to shopping and eating out.  Tourists attractions were so overrun yesterday that they were turning people away early in the day.  Apparently, there is only one thing people like less than illness--isolation.  People want to party.

I was a little productive yesterday.  Apparently, I am a filthy human being.  My home was the evidence.  So, early, before I did anything else, I tore my kitchen apart.  I took everything out of it.  Then I cleaned all the surfaces.  They were filthy.  Floor, cabinets, stove, counters, sinks. . . but I skipped taking the refrigerator apart.  I will one day.  I will.

I cleaned things that were going back into the kitchen, but not everything went back.  I was covering too many surfaces with "things."  A lot of it just got pitched.  And when that was done, I worked on the dining room.  It shouldn't be called that.  I haven't eaten there for a month.  It is a catchall room, the table and chairs and shelves covered in old mail, medical records. . . anything that I didn't want to deal with at the moment.  Baskets were filled with paraphernalia.  I went through it all, threw much away, filed things that needed to be filed.

Then I vacuumed.  I changed the ac filter and moved some boxes I don't want to deal with into the attic.

Suddenly, it seems easier to live in the house again.  What was that old saying about cleanliness?

But by nightfall, after I had made a spaghetti dinner for one, the kitchen was headed back in the other direction.

Everywhere I look, there is more to do.

I grew up with hillbillies.  Nobody's house was ever clean.  There were the cleaning days, but everything was always a mess.  That is the definition of hillbilly.  I don't know if it is in my genes or if it is a learned trait.

In order to appear otherwise, I hired maids.  When will they be coming back?

The big problem lies in collecting things.  I am not a hoarder, but I must be a collector.  As I went through my piles and baskets of shit, I found old stuff.  A ticket to a concert I went to in NYC.  An old credit card that hasn't been active for years.  Many gift cards that never got used.  A rock I brought back from Yosemite.  A small Polaroid of a flower.

I am burdened with things.  There are vases and whales teeth and poison dart blowguns and fossils.  I have TWO old opium pipes, many miniature world almanacs, old Matchbox race cars, colorful plastic frogs from the museum, beads, starfish, seashells. . . .

How do you get rid of such things?

How many things does a person need?

It is interesting to watch t.v. now, everyone reporting from home.  Everything behind them is spare and sparkling.  Bookshelves have a few neatly arranged books and a few framed pictures and one or two knickknacks.  There is a lot of leftover space on the shelves.  Mine are crammed with books and are spilling over with cameras, lenses, and silly gifts.  They look like crammed Cabinets of Curiosity.  Those t.v. people obviously do not have such cluttered lives.

But again, it is those hillbilly genes, I think.  Everything has value.  That's why you see old signs and tires and trailers and trailer hitches and hubcaps and refrigerator doors lying about their yards.  It all has some value.  It could come in handy one day.

That reminds me to clean the closet.  I need to get rid of those "One Day" shirts and sweaters and pants I will never get into comfortably again.  Those shoes I thought to keep for gardening need to go.  Maybe I should empty my closet by half.  I should think of it as getting to keep half.  There is a good way to think.  I'll set priorities and values.

Well, that's enough rambling on cleanliness and order.  I should get started on the next project.

I can tell that cleaning will take all my time.
Posted by cafe selavy at 7:54 AM