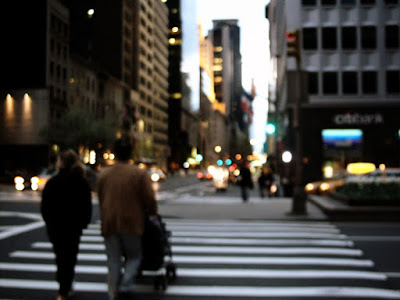 Oh, man, the Trump Show was great again last night.  He is threatening to adjourn congress so he can appoint whomever he wants to any of his vacant positions.  I'm sure Barr put the idea into his head.  As I've said, he shits his pants and his base calls it fertilizer.  Even if his approval ratings are low, Biden's will be lower.  We probably won't even have an election in November anyway.  Trump will declare a shutdown and assume total power.  He's a hoot.  Where is Shakespeare?  This is rich stuff.

I spent yesterday cleaning.  I scrubbed the kitchen once again from top to bottom, then vacuumed the floors, and then the shutters.  God, I have two trillion shutter blades and tall windows.  I opened them up and got inside the casings.  I was a tiger.  I moved the bedside tables which are difficult to move and vacuumed there, too.  Filthy.  Then the bathrooms.  Afterwards, I worked in the yard.  By day's end, I was exhausted.  But getting up this morning to a clean house was a joy.

Getting up wasn't.  I didn't sleep last night.  I was haunted by old, failed relationships.  You can't call them nightmares.  They were just recollections of all the wrong things.  I tried, but there was no way to end them.  They just kept coming of their own accord.  What causes the brain to latch onto such thoughts sometimes?  What is the purpose or function?  It can't be self-preservation.  Maybe it is.  What do I know of such things.  Sometimes, maybe, you just have to think of all the mistakes, the missteps, the failures of character, to get on with something new.

I was telling a friend that the only relationships I personally know of that have lasted are traditional marriages.  The man makes the money and the woman is the hot babe, then mom.  There is usually a treadmill and a prenup involved.  Truthfully, I got that line from a buddy.  He had married a beautiful woman.

"When we got married," he said, "you were the hot babe and I was the guy making all the money.  I'm still making the money."

I've never had such a relationship.  He's still married, however, and I am sitting in my house alone.

Well, that's me after a long sleepless and haunted night.  But it is going around, I've read.  Mental health is on the decline in the Time of Corona and alcohol sales are on a steep and sustained uptick.  My friends all wish they owned a liquor store.

The temperature here dropped thirty degrees and it has been raining.  My ribs hurt worse than they have ever hurt before, the bones and the crushed muscles surrounding them.  Maybe that played some part in last night's discomfort.  Probably.  Who knows?

I think I will spend a lazy day today.  The light low and soft.  The sound of the rain.  I will try to write another gym tale this afternoon.  Maybe.  The river has overflown its banks.  It is difficult to tell where it will go.
Posted by cafe selavy at 9:01 AM