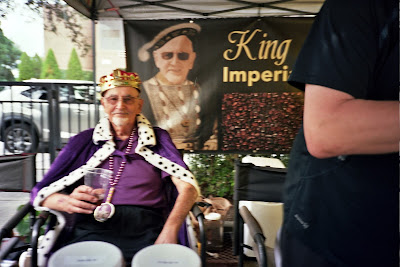 News show hosts now are often attorneys.  Chris Cuomo, for instance, was a prosecutor; Ari Melber was an attorney for the defense.  This is often evident in their interviewing styles.  They don't let their guests stray far in answering questions.

Last night, Melber laid out the best argument against Trump's handling of the Corona crisis yet.  He called the piece, "The Cassandra Effect."  As I watched it last night, I wanted to call each of you to tell you to turn it on.  Luckily, we live in the future, so I can simply post the segment here.  Watch it.  Watch it all.  It is long.  It will take awhile.  But it is good.  It is really good.


The only thing we have to distract us from Trump and the virus is white men killing black men, and of course that crazy Nancy in Central Park.  It has inspired riots and looting, two of the best ways to draw attention to your cause.  There is nothing like running out of a department store with a t.v. to bring notice to injustice.

Before you get pissed off at me, I am just trying to point out the absurdity of human behavior.  A close friend of mine called last night. We talked for about half an hour.  He is African and an American.  He had some issues he wanted to talk through.  Crazy times, I said.  We talked about institutional racism, something I said was finished when Obama got elected.  My black friends said I was crazy.  I was hopeful.  They were right.  Last night, I said I didn't like white people, most of them.  But I don't like most black people or brown people, either.  I have some friends, and I like them, but for the most part, people are just horrible.  Hell, I'm horrible, I said.  "Yes," he said, "I know you, man."

But anger is anger on both sides of an argument.  Lines are drawn and you are asked to stand on one side or the other.  Sometimes it is distasteful.

But I will vote for Biden anyway, if I must.

In many ways, isolation has been a respite.  Things are spinning out of control in Biblical proportions.  2020 seems to be Trump's trademark year.  The virus will be compounded by droughts and floods and hurricanes.  The ice is melting.  Killer hornets and now, for fuck's sake, locusts.

And the Dow rises to record heights. I can't figure anything out.

And yet, in spite of all this, we live personally.  I mean at a personal level.  It takes precedent.  Our own inconvenience and suffering takes center stage no matter.  Mine does, anyway.  I don't feel good about it, but it does. 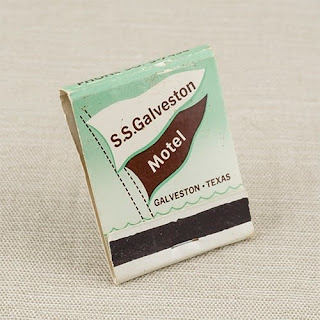 Q is flummoxed by my use of the phrase "matchbox critic."  I like the phrase, but it is the wrong one. I meant "matchbook critic."  It occurs to me that there are no matchbooks any longer.  They were ubiquitous when I was a kid.  We were always told not to play with matches, that we could burn the house down.  Matchbooks were free.  They were a way of advertising.  You never really thought about them.  You just picked them up on your way out of the store or restaurant.  They were always lying around.  And if you smoked, as it seemed most people did, you always had some in your pocket.  If you were someone who wrote things down, sometimes you would resort to the inside of a matchbook to make your notes.  They had to be in shorthand.  They had to be brief.  That was my reference.  Q's movie reviews are brief.  Notes taken on the inside of a matchbook cover.

That is something that disappeared without notice.  I think.  I will be on the lookout for a book of them now wherever I go.