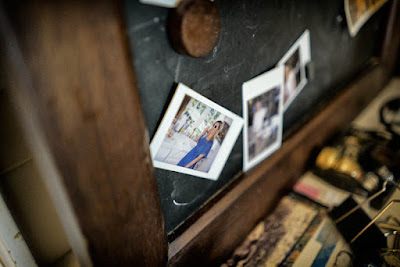 The weather has turned for good here.  Once the humidity starts, there is no stopping it until November.  It has come, and with it, an irritating oppressiveness.  People's smiles are turning into grimaces.  We know what lies ahead.  It will be a bad season for hurricanes, they say.  The only palliative is rum.  It mixes with anything sweet.  Rum is the drink of the tropics.  Only it can get you through.

I hesitate to write this since Q has become the matchbook movie critic of late, but I have been having my own Wes Anderson film festival.  First, "Darjeeling Limited."  What a great film.  I've watched it many, many times, and still with each viewing I find new details.  It is a visual movie.  There are plenty of movies that concentrate on story, but Anderson is a fabulist and a visual artist extraordinaire.  His films look like nothing that preceded them.  He forged a new form.

Last night, I watched "The Life Aquatic."  Ibid.  Every time I watch this movie, I think of my old, dead ex-friend Brando.  Steve Zisou is Brando.  I can never get over how much so.  His blatant dishonesty and disregard, and the polarizing devotion he engendered in his fan club.  He steals things and takes money, and people die around him.  Still, it is a most colorful life.  I don't know.  The film amazes me every time.

Now Q just watched "The Grand Budapest Hotel."  I will probably watch it tonight.  There are not enough Anderson movies to keep me going, but right now they are what I need.  I have put the needle in the vein.  When the drug runs out, I will have to find something or suffer badly.

Q sent me a fantastic article.  True absinthe is being produced again in the land of its origin.  I tried to order some, but it has already sold out.  They are making small batches.  What needs to be understood here is that it is not illegal to own absinthe in the United States.  It is only illegal to sell it.  Jesus, I hope I understand that right.  Whatever.  You are on your own.  The same should be true of certain species of poppies.  But again, use your own judgement.

I have a theory that I won't be able to prove, but I think it is likely.  People who refuse to wear masks in public do not appreciate the fine arts.  Sure, there may be exceptions, but I think by and large it is true.  They would rather attend a football game or a NASCAR race than go to a museum.  Now, you might wonder, what if you like to do both?  My guess?  You wear a homemade mask.  I'm just guessing, but it could be true.  In the time of fake news, you can say anything.  Someone will believe it.