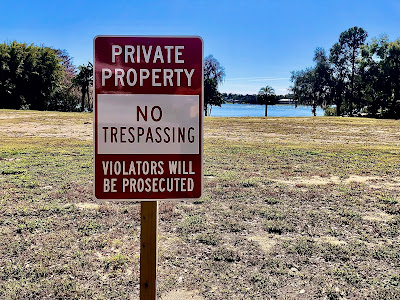 "I don't condone violence, but. . . ."  Yea, yea, yea.  You don't condemn it.  Its a weak argument at best and disingenuous otherwise.  You either do or you don't.  No "but." I have friends who do support the violence.  They provoke it.  "Burn that shit down!"  They are honest about it.  Watching Don Lemon whine for hours on end on CNN is too much.  The way he couches his remarks reminds me of Trump's, "I don't know where the saying comes from.  Lots of people say it.  I've heard many people say it.  I don't know where it came from."  Take a stand, people.  Be honest.  Or if you are conflicted and confused, say so.  But stop the equivocation.  Just quit it.

My travel/art collector buddy doesn't equivocate.  His car bumpers are covered in stickers that say things like "Fuck Trump."  You don't wonder what he means or where he stands.  He is no Stormy Daniels when it comes to fucking Trump.  You know exactly what he means.

Me?  I'd be selective in what I want burned down.  It would have to be targeted, not random.  I don't believe in setting off bombs in a place that is easy.  You don't blow up a student union.  I've always told people not to make enemies unless you were willing to kill them.  Fake punches will get your ass kicked.  They are counterproductive.  Don't throw blood on the factory workers.  Go straight to the home of the head honcho and do it there.  Burning and blowing up things at random doesn't make you a hero.  Nope.  If I get a say, we will do it where it really counts.  We'll stick the dynamite straight up the big guy's ass.

So. . . if I were Don Lemon, I would say what I mean.  What he means is that he is glad that someone else is doing it.  That is my take.

I checked with some of my friends last night to see if they were o.k.  I knew they were, but I just wanted them to know I was thinking of them.  They told me that after seeing the video, they felt rage.  How could one not, I said.  How could one not.

So once again, America burns.  I want to go to the protests, but I am a sissy.  I don't want to expose myself to Corona.  Isn't that cowardly?  Yes, I feel myself a coward right now.  Selfish, too.  I've done a good bit of protest marching and raising money for "radical" causes, but now I am thinking of my mother and of me.  So I watch the news and shake my head and wonder.  I thought this ended when Obama got elected.  I had no idea.

The so-called hippie movement of the '60s was much the same in its lack of cohesiveness.  But it worked, didn't it?  Do you think it worked?  We got a cool Coca-Cola ad and Rowan and Martin's "Laugh In."  Johnny Carson grew long sideburns and wore a Nehru jacket.  And there is legalized pot in some states now.  College kids all carried Mao's "Little Red Book" (though they didn't read it).  Most of them would have ended up in one of the re-education camps had they been there.

Radical Chic and the Mau-Maus.

Snoop Doggy Dog makes commercials for the man now.  Dr. Marin Luther King and Jesse Jackson did some things the #MeToo movement would take umbrage with, but corporations like to use their images in promoting their products.

I've become jaded.  Still, I know what I'm against.  But you know, I'm wrong half the time.

It is hard to perform your own theories, let alone those of others.  It is damn near impossible.  And I wonder. . . did I equivocate?