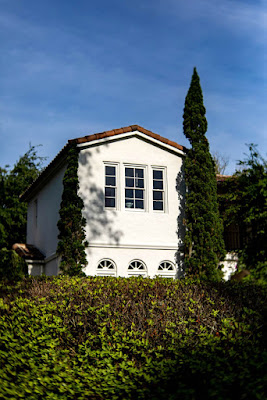 I worked with a woman who theorized that what was wrong in our great nation was the overwhelming number of premies.  I fact checked her, and she is right.  A rapidly growing number of premature births each year has caused the U.S. lead the world in this category according to the CDC.  Doctors, too, are scheduling deliveries rather than letting pregnancies run their natural course.  It makes for an easier workload.  Her theory is that these children's brains do not develop fully, that their IQs are considerably lower.  I checked.  That seems to be true as well.

So. . . we should not be alarmed that things like this have taken over the public imagination.

I learned of this on CNN.  It was the other thing they had to report today.  You know, other than Corona and Trump are running neck and neck in the American Plague Derby.

Then there was this.

I am surprised I haven't heard the old Chinese Curse invoked more often--"May you live in interesting times."  I'm surprised Trump hasn't used that term for everything.  There are other versions of the curse like, "May you gain the attention of your superiors."  They are all pretty good.

But we should be alright.  Everything should be fine.  My coworkers kid came out in the tenth month and was of monster proportions.  Big, like ten pounds.  So of course, after passing that through the birth canal, she was biased.

Everything about my birth and infancy was perfect.  I was full term and breast fed.  I weighed a good eight pounds, eight ounces, just the right size.  I could read before kindergarten and was sweet and quiet and well-considered.  By the time I could sit up, I had a head like a pumpkin and balls the hung to my knees.  There are photos.  Why I have never run for public office on this platform is a mystery.  It is not too late, of course, but I've never tried to lay the groundwork.  And after the life I've lived, I'd have to run a campaign like Bullworth (link).  As I've often said, America has never been the same since the press brought down Gary Hart for diddling Donna Rice on the Monkey Business.

You kids will have to Google that.  But you won't.  But it's O.K.  I like the video.  You show great cleverness and ingenuity.  You have potential and promise.  You are ahead of the curve.  You've got your finger on the pulse.