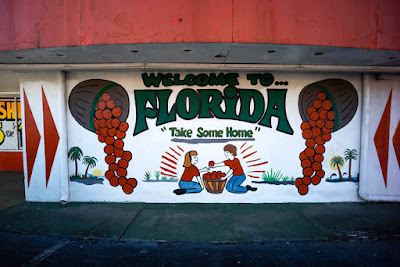 The state partially opens tomorrow, but it really began today.  It was the most beautiful Spring day, sunny, dry, not a cloud in the deep blue sky.  I thought to go out with my medium format film cameras to walk around and take some masterpieces.

I never got out of the car.

Everywhere I drove, there were hordes of people.  Bars were serving drinks, restaurants were giving curbside service--Grab and Go.  People walked in groups around the lake and gathered in masses in the park.  I've never seen so many bicyclists of the pedestrian kind.  It was too much.  After months of solitude, I wasn't ready for the herd.

I haven't been to the beautician in eighteen weeks.

I'm going to miss the quiet world, I think, the one where neighbors walked by and smiled and said hello, the one with minimal traffic and lots of clean air.  But people, it seems, are ready to crowd together again.

I know.  I understand.  I wish for some things, too.  And I will have to recalibrate.  I have become slothful beyond my usual sloth.  Noting gets done.  I need to get up mornings with a purpose.  If nothing else, I must get out of my camera and into my car and find a place in the early morning light that is photographable.

I went to my mother's and sat and drank wine for a couple hours and chatted about this and that.  My memory about our lives seems to be better than hers.  I recall simply sensual things, lizards crawling in the courtyard in the first residence we had in this town, the shadows in the dirt, the neon sign.
Carolina Moon Motel.  A man dove from a high dive in blinking stages, over and over and over again.  I remember the make of the engine on our first cabin cruiser, a small, plywood, hard chined affair.  My father was cheap, I said, and the engine was constantly failing.  I remember him pulling the cover of the engine off often, fooling with the carburetor or the spark plugs or the gas lines.  He would have to wrap a cord around cylinder and crank it by hand.  It was awful.  I remember though I was barely a boy.

My mother asked me what I would do with her house when she dies.  It was matter of fact.  She wanted to know if I would live in it.  I didn't show.  I thought a minute and said I didn't know.  Perhaps I would sell both houses and move.  She nodded at the thought.

Then she said, "But I might live to be a hundred."

She laughed good at that.

In truth, I am certain to die before her, but I didn't say it.  I know it isn't something she can bear.

All around us, new life erupts.  There is youth, and it wants its time.  Who are we to deny it.  Me?  I want more.  I want to be that Tarzan/Lord Byron/Errol Flynn character that you know who was said to be.  I'm still learning.  Give me time.  I might still be.

I sit outside in the final light.  I've had to spray for mosquitoes in this cursed place.  The sprinklers have just come on and the cats know how long it will be before they will need to move.  I have eaten my leftover pork and red beans and rice and am having a strong, sweet scotch.  It is something I like. When I die, I'll wonder what hand drink had in it, but then I'll think, what if I didn't drink and died of it anyway?  I have enjoyed my pleasures.  Sometimes I think I may have earned them.

I'll go into the house now and try to figure out the night.  I have made a list on Amazon of things I want to watch.  Tomorrow, I'll try to start to be productive.  I mean, authorities tell us we are getting back to normal.  Who am I to disagree?
Posted by cafe selavy at 8:42 AM